Bizzarrini, famous for its ’60s-era Ferrari lookalike race cars, is the latest heritage brand to receive the new-again treatment.London-based Pegasus Brands, an international dealership, has announced its intention to revive Bizzarrini.
By :
| Updated on: 30 Dec 2020, 04:23 PM 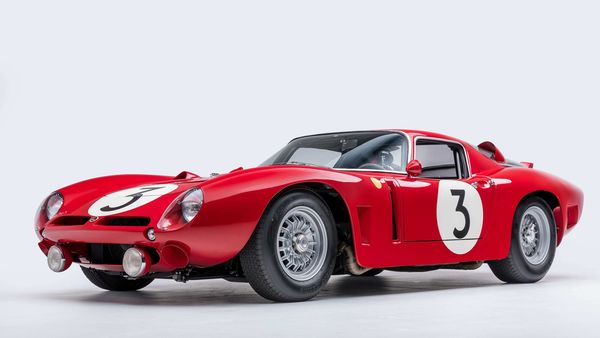 Navigating the world of obscure Italian car brands after they’ve been infused with cash from Middle Eastern or Asian backers is a little like watching a 1960s spy film with the sound off. Or like reading blind items on the gossip website Page Six.

Bizzarrini—famous for its ’60s-era Ferrari lookalike race cars—is the latest heritage brand to receive the new-again treatment. It’s a trend that’s included most notably and recently De Tomaso (famous for the ’70s-wild Pantera, which is backed by Hong Kong investment firm Ideal Team Ventures) and Pininfarina, which just introduced a electric supercar backed by Mahindra Group.

On Nov. 9, London-based Pegasus Brands announced its intention to revive Bizzarrini even though it hasn’t made a car since 1969. (See my extensive primer earlier this year on the heritage of the “thinking man’s Ferrari" and the investment potential of the cars.) Owned by Kuwaiti national Rezam Mohamed Al Roumi, Pegasus is an international dealership that represents Aston Martin Lagonda, Rolls Royce Motor Cars, Koenigsegg, among others, with holdings in Aston Martin Works, the historic home and factory of Aston Martin coachworks since 1830.

Janette Green, the newly installed chief marketing officer at Bizzarrini, said in an email that the corporation had purchased the Bizzarrini marque from “Bizzarrini Ltd." in August 2019, which included all trademarks, intellectual property, and other assets. “The continuity of ownership and historical provenance remains," wrote Green, who is also a spokesperson for Pegasus Auto, an apparent subsidiary of Pegasus Brands. (An interview with Al Roumi was declined; a request for additional comment was also declined.)

It’s feeling like déjà vu all over again for a tiny Italian brand that made fewer than 400 cars in its history—the exact number is still hotly debated—and was mismanaged into a quick bankruptcy. Then again, that’s been par for the course with exotic and classic marques for the past century.

Giotto Bizzarrini’s eponymous brand arose after the designer’s departure from Ferrari in 1960, when he and other key staff members staged a walkout to protest internal politics. He started consulting for other prominent Italian car brands, including Lamborghini and Iso, whose aluminum-bodied A3/C race cars became the blueprints for the first of his self-branded cars, the Bizzarrini GT 5300 Strada. The Strada had the low, wide styling of the A3/C with a front-mid-mounted, 365-horsepower Corvette V8 engine and a four-speed manual gearbox. The fact that it had an American-made engine hurt its popularity and investment value until recently. 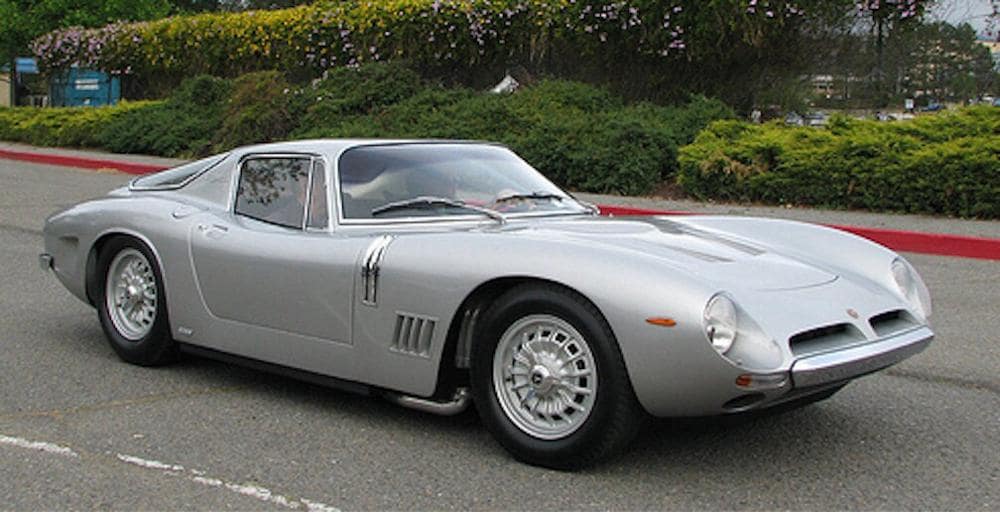 The Strada had swooping front fenders and side vents that looked like gills. On the racetrack, it was known for blazing speed and elegant handling. The 1900 GT Europa and P538S would follow before the brand was declared bankrupt in 1969. Bizzarrini, 94, lives in Italy and builds cars on commission; he’s apparently not associated with the new iteration of his former company.

Their presence lends credibility to the endeavor despite Aston Martin itself faltering with poorer sales than competitors during the coronavirus pandemic and significantly dialed-back sales targets for 2025 and beyond, according to Bloomberg Intelligence analyst Michael Dean.

It’s also notable that Paolo Garella, the highly respected Italian engineer who built the Glickenhaus SCG and Aspark Owl with his Manifattura Automobili Torino design firm, was at one time associated with the brand. A Ferrari forum from 2018 records chatter surrounding an application for both Scuderia Bizzarrini and Bizzarrini Livorno trademarks by Manifattura Automobili Torino—and sources close to Garella have said he’d gone so far as to conceive a modern Bizzarrini concept car as a way to take the temperature, as it were, of UHNW prospective buyers.

But in an email, Garella said that he’s not involved with the announced Pegasus Brands project and that the trademarks request was not accepted. “We did it for a group of U.S. investors interested in setting up Restoration and Certification activity in the U.S., but unfortunately it did not happen," he said. His involvement with the brand, however, shows one of the world’s best engineers and designers at one time believed it held promise.

The Allure of Something New

Even the hint of a new version of these extremely collectible cars is notable to that uber-elite group of buyers who like their modern hypercars in the $1 million to $3 million range—those who buy Koenigseggs, Paganis, and Hennesseys. It wouldn’t take much, all things considered, to sell a modern Bizzarrini in much the same way elite hypercar makers conjure revenue: They produce a handful of cars and find those people in the world who want to buy them.

“If Bizzarrini  went in the direction where the brand was redeveloped really, truly around racing of some sort and then the new products were developed out of a spirit of racing and technology, that might be enough of a story to tell, to give the brand some legs," says Chuck Wray, owner of Grand Touring, a Virginia-based restoration shop that specializes in Bizzarrini and similar ilk. “There are just so many wealthy people in the world today that this is not that hard of a business model."

The danger, Wray says, would be in wrapping an existing brand name like Bizzarrini around inferior products rather than making it new again with exciting engineering and technology: “You really are going to have to do something more special than the other small batch manufactures, if that’s your business model," he says. “Otherwise, you will just fade off into oblivion because you were just another wannabe."

Meanwhile, the guys interested in the old Bizzarrinis are watching with curiosity, though not, perhaps, with bated breath.

“It’s interesting, but it’s a vanity project," says Steve Serio, the blue-chip car expert who’s sold 12 of the existing 114 original Bizzarrini 5300 road cars. In the past six months, he’s facilitated the private sale and purchase of three of them. “There isn’t a long-time Bizzarrini collector on the planet who would give a crap [about a new Bizzarrini car], because they all bought their cars for about $100,000. I don’t see any of the guys I’ve ever sold Bizzarrini to even considering it." 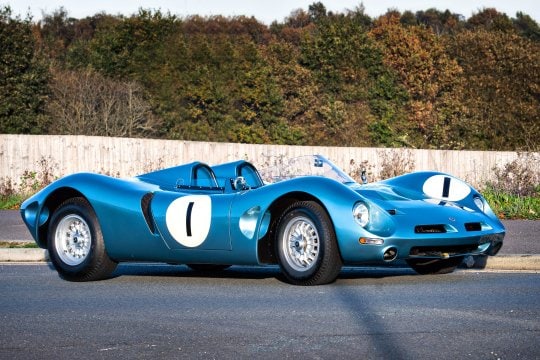 That mentality applies even to collectors now paying $1 million-plus for the originals, Serio says. The average value today of a Bizzarrini 5300 GT Strada in perfect condition is $1.2 million, triple what it was in 2010, according to Jonathan Klinger, a spokesman for Hagerty, and a Bizzarrini 5300 GT America in perfect condition has an average value of $850,000—more than two and a half times its value in 2010. (The original GT 5300s sold in the U.S. cost $10,500, or $78,500 at today’s rates, according to Hemmings’s Mark McCourt.)

In 2015 the Keno Brothers Fine Automobile Auctioneers set a record with a 1968 Bizzarrini 5300 Strada selling for just over $1 million, including fees. But the private market is where more than 90% of Bizzarrini transactions occur.

These days, an authentic, good-condition GT 5300 Strada with an alloy body requires at least $1.5 million to own, Serio says. And, of course, the asking price will be much higher.

It will take considerable magic—even for the Italians, English, and Kuwaitis now working their alchemy together—to top that kind of markup.