Chinese automaker NIO is relying on supplier Tesla clashed with

The Chinese company now is working with Mobileye to enhance NIO Pilot -- which already has automatic emergency braking, lane changing and other features.
By : Bloomberg
| Updated on: 29 Jan 2020, 06:00 PM 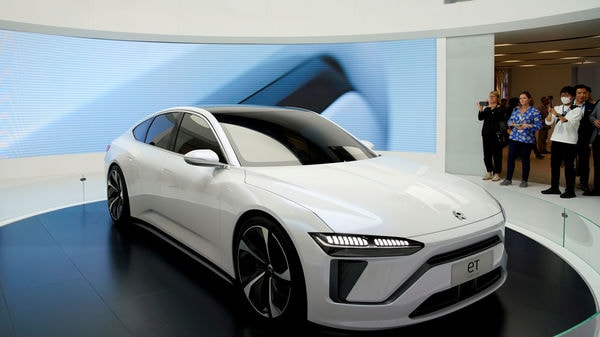 A troubled electric-vehicle upstart trying to take on Tesla Inc. is clinging to a supplier Elon Musk clashed with dramatically in 2016.

NIO Inc. has partnered for the past three years with Mobileye, the developer of advanced driver-assistance systems Intel Corp. acquired in 2017 for $15 billion. Musk, Tesla’s chief executive officer, had a falling-out with the supplier over the electric-car maker’s use of Mobileye technology for its Autopilot system.

The Chinese company now is working with Mobileye to enhance NIO Pilot -- which already has automatic emergency braking, lane changing and other features. The new version will incorporate technology the companies designed for a fully autonomous system, including lidar sensors. The changes will improve NIO Pilot’s range and ability to detect objects, making the cars safer and allowing them to navigate in more-complex traffic, according to Jamie Carlson, NIO’s vice president of autonomous driving and a former Tesla engineer who worked on these systems at Musk’s company.

The data generated will help the Shanghai-based manufacturer achieve its longer-term goal of delivering fully autonomous vehicles by 2022. NIO sales totaled 31,913 as of Dec. 31, and its models are available only in China. Carlson didn’t provide a timetable for the changes.

NIO also faces financial headwinds. It warned in December it didn’t have enough cash to continue operating another year, even after cutting thousands of jobs and scaling back marketing expenditures. Its U.S.-listed shares surged 54% to $3.72 on Dec. 30, after the company reported a smaller-than-expected third-quarter loss -- but they were still well below a peak of $10.16 hit the previous March.

As part of its financial retrenchment, NIO has cut its R&D budget. It also eliminated 91 positions in the self-driving team because of cost-saving opportunities from working with Mobileye, Carlson said. The team now has about 60 people in San Jose, California, and 100 in China.

The partnership with Mobileye includes plans announced in November for NIO to develop fully autonomous electric vehicles for the Intel unit’s robotaxi fleet, along with the option to sell the advanced driving system to other automakers.

To contact the reporter on this story: Ed Ludlow in San Francisco at eludlow2@bloomberg.net

To contact the editors responsible for this story: Craig Trudell at ctrudell1@bloomberg.net, Melinda Grenier, Ville Heiskanen