Check out this monster electric hypercar with a need for speed

Chinese automobile company Farnova Automotive revealed the prototype of its electric hypercar, Othello.Electric hypercar Othello claims to have a power output of 1,810 hp and 12,000 Nm of peak torque.
By : HT Auto Desk
| Updated on: 01 Oct 2021, 12:54 PM 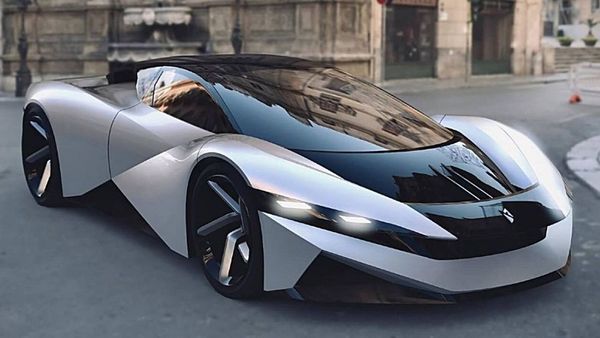 Farnova will make only 200 units of electric hypercar Othello.

A Chinese company named Farnova Automotive has introduced a prototype of an electric hypercar called Othello that claims to have a massive output of 1,810 hp. The company that was founded in 2019 intends to manufacture limited units of the Othello EV from next year. Each of this hypercar will cost about 1.86 million yuan ($287,578), according to reports.

This electric hypercar is based on the chassis of the electric Qiantu K50 sports car, created by another Chinese automotive company, Qiantu Motors. Farnova and Qiantu went into an agreement for this. Reports suggest that Othello EV will feature two electric motors that will together produce a power output of 1,810 hp and a massive peak torque of 12,000 Nm. This will make the electric hypercar capable to zip to a speed of 100 kmph in 1.8 seconds and 300 kmph in 8.5 seconds. The electric vehicle will boast a top speed of 420 kmph.

The battery for Othello EV has been sourced from Swedish company Northvolt that has a capacity of 75 kWh. The company claims that this will provide the EV with a range of 600 km, mentioned in the report. Based on another report by Car News China, the hypercar is 4,670 mm in length and 2,080 mm in width. It is also 1,145 mm tall and weighs up to 1,350 kg.

Farnova aims to produce this electric hypercar in a new factory situated in Changde and will keep it limited to 200 units only. The company also plan to bring in an electric bus that Carscoops reported has been designed by a former chief designer at Lamborghini. Farnova also plans to manufacture electric SUVs, sedans and crossovers by 2023, stated the report.