Centre may consider adding sound to EVs to make them safer

Due to almost a silent presence on road, electric vehicles have the potential to pose safety concerns for pedestrians and others around the cars.
By : HT Auto Desk
| Updated on: 13 Dec 2021, 15:51 PM 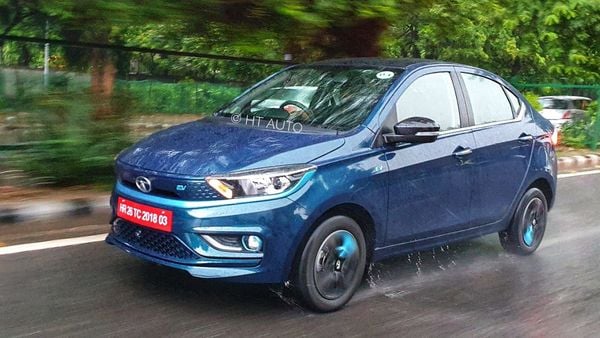 File photo of Tata Tigor EV. Centre will take a call whether to add sound to electric vehicles in India to make them safer for pedestrians.

As India moves towards electric vehicles, there are concerns that remain other than the pricing, infrastructure or range anxiety. Electric vehicles running on clean energy are so quiet that often they are known to create safety concerns for others on the road. It is a concern that has been addressed in other countries. Now India may toe the line amid massive push towards EVs.

According to reports, this safety concern has made the Centre to sit up and take notice. The government is considering to add artificial sound to electric cars to make them safer for others on the road. According to sources, this is being done so that pedestrians on the road can hear an electric vehicle when it is approaching.

Sources say that the Ministry of Heavy Industries has given instructions to the concerned departments to explore possibilities in this regard. If the move gets a green light, the effects of the artificial sound in electric vehicles will be assessed for noise pollution levels. Once approved, the Centre is likely to adopt this method to make EVs safer on roads. Under the new rules, it is likely to be mandatory for electric vehicle manufacturers to install sound-producing machines.

The sound-producing machines are likely to be called Acoustic Vehicle Alert System (AVAS). It is something that even ICE vehicles use while it is being reversed to alert others behind it.

(Also read this article in Hindia