Home Auto News Can India Catch Up With The Rest Of Asia In Ev Production?

Can India catch-up with the rest of Asia in EV production? 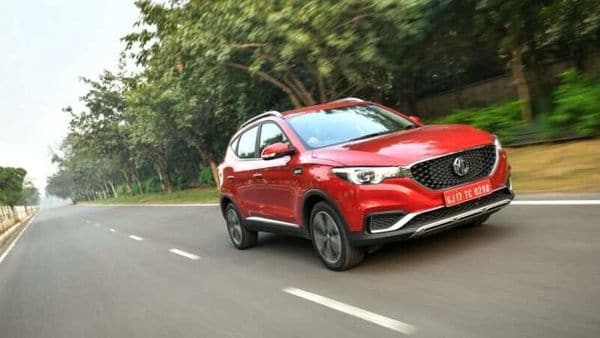 The year is 2023. A Singapore resident decides to buy a car. Not just any car but the latest electric vehicle (EV) produced by the new gleaming high-tech Hyundai factory in Jurong, an industrial town in Western Singapore. She whips up her smartphone and personalises her new car.

She surmises that cream colour seats, a shocking pink exterior coat plus the performance model which can go from 0 to 100 km/h in 3 seconds would be nice and proceeds to make payment using her bitcoin account. The next day, she heads out to Jurong to watch the factory put the final touches on her brand-new ride and proudly drives her car to show off to her friends at Marina Bay Sands.

This may sound a little like fantasy, but it could materialise in the near future.

Last week, it was reported by Reuters that the Indian government is planning to ramp up incentives to spur electric car manufacturing investments in the country with the aim of catching up with leading EV producing nations.

Interestingly, it is facing an unlikely competitor in Singapore which has not made an automobile since 1980. Singapore announced last October that Hyundai will be investing $300 million in a futuristic and highly automated electric car factory in Singapore. It is by no means the first company the Singapore Economic Development Board (EDB) has courted to make cars on the island state.

Back in September 2017, Dyson, the British company famous for its bladeless fans and hairdryers announced that it was building a $3.2 billion plant to make electric cars in Singapore. However, they shelved the plan in October 2019 after deciding that the project would not be "commercially viable".

Singapore exited automobile manufacturing over 40 years ago because Singapore was getting too expensive for the mass manufacturing of cars. However, because electric cars have far fewer moving parts and components compared with its internal combustion engine cousins, and uses the latest electronics technology where Singapore has an edge, it sees a future in making such cars.

The models to be made are reported to be the Ioniq 5, a mid-sized electric crossover based on the Hyundai Concept 45 and yet-to-be launchedIoniq 3 electric compact crossover.

In addition to manufacturing, the plant will be a centre for research and development into autonomous vehicles, new forms of ride-sharing and passenger drones using solar energy and hydrogen fuel.

Hyundai said that the facility will employ various advanced manufacturing and logistical systems including artificial intelligence, the Internet of Things, and robotics.

The factory will use breakthrough technology. Customers will be able to purchase and customise their vehicles on their phones and once an order is made, production will begin. Customers can watch their cars assembled at the centre and receive their cars relatively quickly. As a comparison, Tesla which just started selling its cars directly in Singapore has a delivery lead time of 3-4 months.

Sitting on a 44,000 square metre plot, the high-tech factory is expected to start production in late 2022 and produce up to 30,000 cars every year. As only about 5,000 to 6,000 cars are anticipated to be sold locally, the majority of the cars produced at this plant isexpected tobe exported to neighbouring countries.

At such a volume, Singapore will in no way challenge the major car manufactures in Asia like China which made about 20 million cars in 2020 according to figures from the German market and consumer data firm, Statista. Japan which produced 7 million cars last year was the second largest auto maker in Asia, followed by South Korea (3.2 million), India (2.9 million), Indonesia (551,000), Thailand (537,000) and Malaysia (457,000).

China is by far the most advanced country in Asia with regards to the production of electric cars. Globally, with the exception of Tesla, many industry observers say that it is also ahead of the US. That they are ahead of the rest of the world today is due to subsidies and supportive government policies which started more than 10 years ago. This has resulted in a host of EV start-ups. Many have failed but those that have succeeded are among the top EV car manufacturers in the world today.

Statista predicts that by 2022, China will be producing almost 10.2 million EVs (cars) a year which is way ahead of its competitors in Asia. Japan is expected to produce 1.7 million and South Korea 881,000.

BYD which billionaire investor Warren Buffet has a stake in is the leading name among Chinese EV carmakers. It is also among the top electric battery makers in the world. Together with Contemporary Amperex Technology (CATL), they account for about a third of the global market, according to UBS. Washington DC-based advocacy group SAFE research reveals that out of 142 lithium-ion battery mega factories under construction globally, 107 are set for China, only nine will be in the US.

Other leading Chinese electric automobile brands include Li Auto, Nio and Xpeng. According to the China Passenger Car Association, US auto giant General Motors' joint venture with Wuling Motors and SAIC Motor produced the second bestselling EV car in China, the Hongguang Mini in 2020. It achieved this in just six months and is poised to overtake the best-selling Tesla Model 3 which shipped 137,000 units last year.

Tesla's Gigafactory in Shanghai can currently produce around 250,000 cars and there are rumours that it is planning to ramp that up to 550,000 by the end of 2021. Tesla cars made in the Shanghai plant are exported to the region as well as Europe.

Japan, the third-largest automaking country in the world, on the other hand, has taken a more conservative approach and is focusing on petrol-electric hybrid cars. They are betting that EV cars which has global market share of just 3 per cent at the moment, will not be attractive to most consumers for a few years because of higher costs, range constraints and limited charging points. Last year, Japanese cars contributed to less than 5 per cent of EVs sold worldwide and its share is mostly attributable to Nissan's Leaf which accounted for 65 per cent of all Japanese electric cars sold.

India, the second-most populous country in the world is starting to play catch-up.

The plan which takes a more focused approach than other earlier piecemeal efforts targets larger firms that have scale, competitive and management capabilities that can help them succeed. $8 billion of incentives will be offered to carmakers and suppliers to drive investments in the sector which is expected to create 5.8 million new jobs and yield more than $4 billion in tax revenues over five years.

The incentives are meant to help companies overcome the challenges of operating in an environment of steep interest rates, high power tariffs, poor infrastructure and high logistics costs.

The report added that among the international automobile companies who have plans to invest in EV production in India are Tesla, Ford, and Volkswagen, and local firms Tata Motors and Mahindra & Mahindra.