Apart from introducing its new iX M60 electric SUV, BMW is also expected to bring in a technology that will help to change the exterior colour of the vehicle with a touch of a button.
By : HT Auto Desk
| Updated on: 14 Dec 2021, 11:13 AM 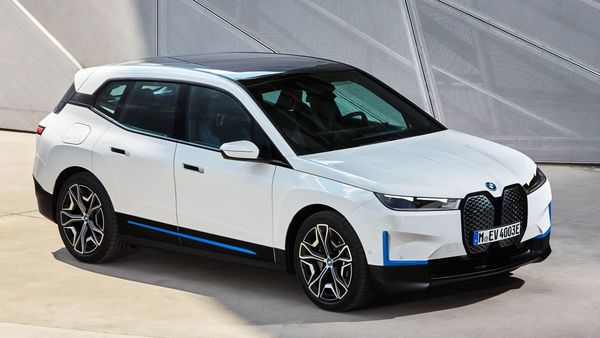 With the upcoming 2022 Consumer Electronics Show, automakers have not only planned to make some important reveals, but also some interesting ones. Like the one from BMW is on. Along with bringing in its all-electric SUV iX M60, the Bavarian automaker is also expected to introduce colour-changing technology. And it can be done with only a touch of a button.

Nothing has been revealed yet as to what vehicle BMW is going to incorporate this technology though according to the automaker the event is going to be the stage of introduction of this technique where one can change the exterior colour of the vehicle with a touch of a button. It is also unclear how many colours the vehicle will be capable of changing.

It is being suggested that implementing this technology makes sense if introduced in the brand's high-performance iX M60 electric vehicle. However, one has to wait for the event to get started to know all about BMW's plans. The BMW iX M60 is expected to offer the same 111.5-kWh battery pack and dual motors as the 2022 iX xDrive50, though it is being guessed that the former might come with more considerable power.

The BMW iX xDrive50 is capable of generating a power of 516 hp and a massive peak torque of 765 Nm for an electric motor that powers each axle. Its 111.5-kilowatt-hour lithium-ion battery pack gives it a capacity of 105.2 kWh. The electric SUV comes with an estimated range of 483 km.

BMW also recently launched its iX electric SUV in India for a price of ₹1.16 crores. This EV is going to compete with the likes of Mercedes EQC, Jaguar i-Pace and Audi e-tron. The company has stated that no fossil fuel has been used in the manufacturing process of the vehicle and no rare earth metals were mined. The car has a relatively high level of recycled materials.