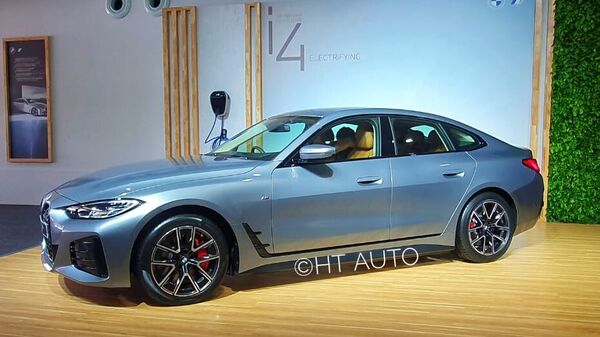 BMW is expecting that its electric vehicle will account for over 10 per cent of its total car sales in India by next year. The company has just launched its all-electric sedan i4 in the country at an introductory price of ₹69.9 lakh, and is looking to accelerate towards electric mobility. This is one of the three electric vehicles that the company said it will launch in India in the first half of the year.

BMW has already launched its technology flagship all-electric iX SUV and all-electric MINI SE luxury hatchback in the country. "When we launched these two products, the iX and Mini SE (electric), what we're seeing is an approximate demand of about five per cent which is really healthy... and with the i4 launching, I expect by next year, the electric demand would be over 10 per cent of our volumes," BMW Group India President and CEO Vikram Pawah told PTI.

In the January-March period of 2022, the German automaker had posted one of its best quarters in the country with a 25.3 per cent jump in four-wheeler sales at 2,815 units. Last year, the BMW Group delivered 8,876 cars, witnessing a growth of 34.4 per cent from the previous year.

Even globally, BMW has been pioneering in electric mobility space for the past 10 years, and plans to continue to be at the forefront. The newly launched i4 is imported as a completely built unit. It has the fifth-generation BMW eDrive technology with an integrated drive unit, which is powered by an electric motor, single-speed transmission and power electronics.

The electric sedan can accelerate from 0 to 100 km/hr in 5.7 seconds with an output of 340 hp. It features a lithium-ion battery with a capacity of 80.7-kilowatt hours.