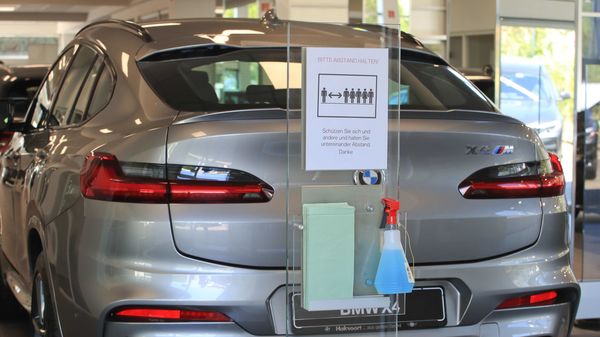 With Covid-19 disease taking a massive toll on both production as well as demand, auto makers across the globe are currently driving through extremely challenging times. And with sales figures scrapping at the bottom for many, some may be getting a bit too desperate. A case in point is BMW in Australia that reportedly registered 400 demo cars to bump up April sales figures.

A report in Car Advice Australia has claimed that 300 company cars and 400 demo cars from BMW's dealer network in the country are estimated to have been registered and brought under the sales figures for the month of April. The report further claims that this may have helped the company post a sales decline of just 5.7%, far less than the estimated 45% decline had these vehicles not been included.

The 700 cars registered make for 40% of all 'sales' made by BMW in Australia in April. At a time when the Australian new-car market has crumbled by as much as 50%, BMW may have been able to project a much tamer fall than most other car makers. Experts however warn that such 'manipulation' can come with its own set of complications and could affect sales of brand-new vehicles from the company. The 700 cars registered are most likely to be sold to customers at massive discounts.

BMW Australia has not confirmed or denied this development and it is not clear if dealerships and distributors could face legal action under the country's law.

What is amply clear though is that car makers around the world are facing serious troubles and while the short-term outlook remains extremely grim, the medium and long-term outlook is not too clear either.