The move comes amid China's push to ensure the security of data as the proliferation of smart cars, such as Tesla electric vehicles, fuels concern about national security, in line with its broader aim to tighten policies around privacy.
By : HT Auto Desk
| Updated on: 20 Aug 2021, 10:00 AM 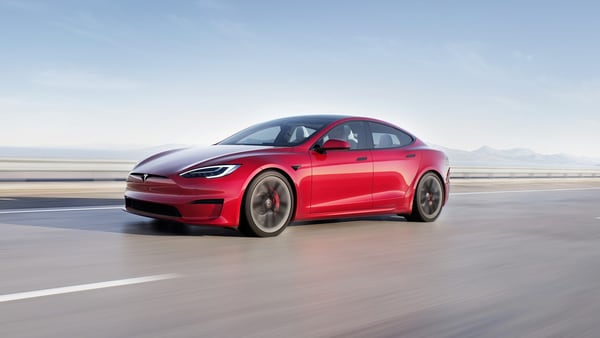 Tesla has been on the radar of China's cybersecurity agencies for suspected leak of sensitive information with the help of data stored in the built-in cameras inside its electric cars.

Weeks after issuing strict draft rules on data collection by car companies, China has once again come up with a new draft rule on security of the information. The country's cyberspace regulator wants processors of auto data to reduce any "disorderly" collection of data. The move comes amid Tesla's run-ins with data security in China in recent times.

China's recent move comes amid a push to ensure the security of data as the proliferation of smart cars, like Tesla's electric vehicles, fuels concern about national security.

The changes in the rules come after reports that Tesla cars were banned near military facilities in China due to security concerns. Authorities had warned Tesla owners to park their EVs away from military compounds and housing complexes on the basis of suspicion that the on-board cameras on such vehicles may pray on sensitive data.

The on-board cameras are fitted to help Tesla EVs perform functions such as guided parking, autopilot assist and self-driving. China suspects Tesla cars with on-board cams may be used for spying. However, Tesla has maintained that data collected in China would be stored in China.

Tesla CEO Elon Musk clarified that these cameras aren't used for spying. “If a commercial company did engage in spying, the negative effects to that company would be extremely bad," he had said, adding that the company would be shut down everywhere if it did actually indulge in spying anywhere.

In May this year, Tesla had announced that it will set up a new data centre in China to keep data collected from vehicles in the country locally. The news came after the government banned Tesla cars from more locations over data collection concerns.

China is Tesla's second biggest market after United States, where it had set up its first Gigafactory outside US. Tesla manufactures Model 3, Model S electric vehicles in the facility located near Shanghai.