Spain is due to receive around EU funds worth around $166 billion to repair its economy.Electrifying motorways and having more sustainable vehicles on the roads are a key part of Spain's plans.
By : HT Auto Desk
| Updated on: 13 Apr 2021, 21:00 PM 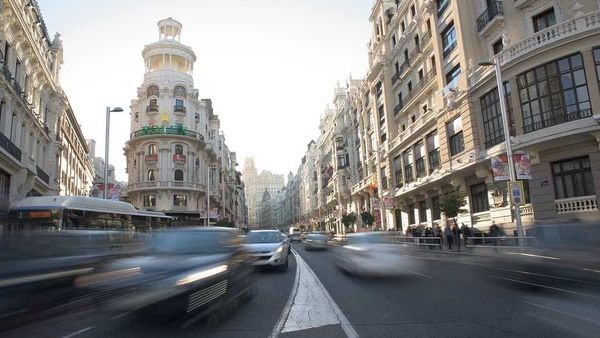 File photo of a busy traffic intersection in the Spanish capital city of Madrid.

In a firm show of intent worth big bucks, Spain has announced it will invest a mammoth $15.7 billion to promote the adoption and use of electric transport in the country. The decision was part of several key announcements made by Pedro Sanchez, the country's prime minister, on Tuesday.

Spain is looking at modernizing its economy and electric transportation is being seen as one of several ways of doing just that. "We have this great opportunity in Spain to carry out all the reforms and investments that we should have done a long, long time ago," Sanchez said.

In all, there are 20 big-ticket investments planned over the course of the next three years and Spain has set aside a sizable chunk of EU’s recovery fund to modernize transportation. Experts say it is a walk on a tight rope as the country looks at offering affordable loans to revive growth while not slipping further dow into economic woes that have plagued it in recent times, compounded only by the pandemic.

Spain, apart from Italy, bore the brunt of economic contractions last year. The two countries, however, are also the biggest receivers of EU funds. In all, Spain will receive around $166 billion to help its recovery process with a portion of it coming in the form of grants while the rest flowing in as loans. "This is the biggest opportunity for Spain since its entry into the European Union, and that was 37 years ago," Sanchez said. "These opportunities only come twice in a generation, and Spain is not going to let it go by."

But while several sectors, including tourism and healthcare, are likely to benefit, Spain's ambitions of electrifying motorways and ushering in more and more full-battery and hybrid vehicles are also vital considerations. Sanchez has said on record that the priority would be to increase employment opportunities and that a transformation in the times to come will be the only feasible way forward.

(With inputs from Bloomberg and AP)