Bentley's first electric car is likely to get delayed: Reports 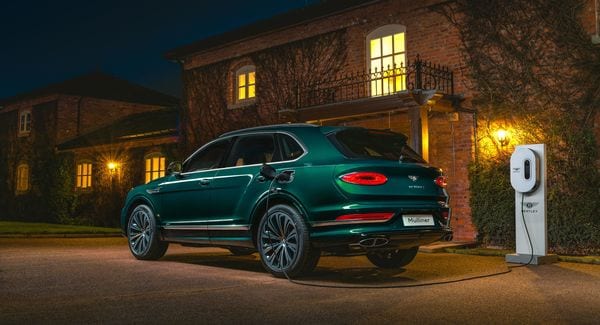 Bentley Mulliner does make an elegant one-off Bentayga Hybrid and is hued in Viridian, a dark emerald colour from the Mulliner extended paint range.

The launch of Bentley’s first electric vehicle (EV) may get delayed by as much as four years. According to reports, it is now expected to be launched in 2025.

The Bentley electric car will be based on Volkswagen Group’s Artemis architecture, which is being led by Audi engineers. This EV will begin a series of zero-emission vehicles, which will be launched later in the decade. The company is aspiring to go all-electric by 2030.

Bentley Mulliner does make an elegant one-off Bentayga Hybrid and is hued in Viridian, a dark emerald colour from the Mulliner extended paint range. It is an inspiration taken from the meaning of the Chinese colour palate which as per Chinese tradition is the colour of purity, regeneration, harmony, hope and growth.

The exterior of the model has bright-machined 22-inch Mulliner driving specification wheels where the centre pockets of every spoke painted in Viridian. The bespoke interior has Cumbrian green hide with contrasting stitching throughout the cabin.

The driver and passengers entering the car will be greeted by an illuminated Mulliner tread plate. The rear centre has a console that will function as an integrated drinks cooler. This will include frosted glass with a soft-close door, a separate illuminated bottle-chilling ring and two handcrafted Cumbria Crystal flutes.

The automaker recently introduced the new 2021 Bentayga Hybrid. The SUV has a 94 kW electric motor paired with a 3.0-litre twin-turbocharged V6 petrol engine which delivers 449 PS and 700 Nm of torque.