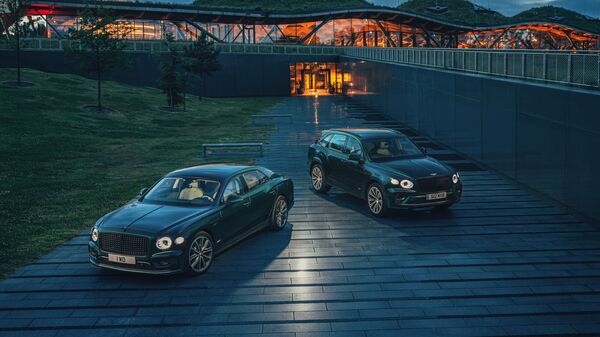 Bentley Motors shared its financial results for the first half of 2022 in which the ultra-premium automaker earned operating profits of 398 million euros which is up by 124 per cent compared to the same period in the preceding year. Bentley's turnover grew from €1.324 billion during the first half of 2021 to €1.707 billion. The company also earned revenue of 213,000 euros, largely due to increased levels of personalisation, per car. Last year, this figure stood at 186,000 euros.

Bentley's return on sales also reached a record 23.3 per cent during the first six months of the current year which is a growth from 13.4 per cent the previous year. The company observed that the Bentayga luxury SUV became the best-selling model as it claimed 40 per cent of total sales. The latest Flying Spur sedan accounted for 27 per cent of the entire sales and the Continental GT Grand Tourer registered 33 per cent of the total sales.

Bentley sales have increased by 33 per cent in Europe and 44 per cent in the United Kingdom year-to-date, after the introduction of the Continental GT Speed. The United States remained the company’s strongest market, however, China's sales were impacted by extended Covid-19 lockdowns. Globally, the brand's year-to-date sales increased by 3 per cent to 7,398 models, up from 7,199 during the same period last year.

Chairman and CEO of Bentley Motors Adrian Hallmark shared that despite the global economic hiccups, Bentley showed financial consistency as the company is in the process of reinventing itself with the Beyond100 strategy. “In particular, a significant increase in demand and capitalisation of our Mulliner personalisation programme has driven record return on sales, and continued global interest in the freshest model line in the luxury sector has resulted in record high revenues," added Hallmark.