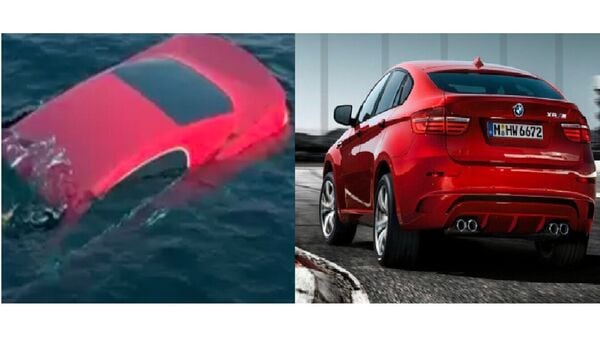 Man depressed from his mother's passing, ditched his BMW X6 SUV in the Cauvery.

A man from Bengaluru reportedly dumped his BMW X6 SUV costing ₹1.3 crore into the Cauvery river in Srirangapatna over his mother's demise. The man was depressed and grieving when he ditched the SUV into the river. Soon after the incident, fishermen and passers-by noticed the bright red luxury SUV sinking in the middle of the Cauvery river in Srirangapatna in Karnataka and alerted the authorities.

The police were informed suspecting an accident had taken place and divers were immediately summoned to check if there was someone trapped inside. The car was later retrieved from the river after making sure no loss of life took place. Information from the transport department revealed that the car belonged to a man living in Bengaluru's Mahalakshmi layout.

The man was later summoned for interrogation, but the authorities failed to get any proper response. However, the family members of the man informed that he has been suffering from depression since his mother's death which led him to take the decision of letting go of his BMW SUV out of dejection.

The man was later freed after the police recorded the statement from his family members and no complaint was registered. The dumped BMW X6 SUV was towed back to the man's family in Bengaluru.

The X6 SUV from BMW is one of the costliest offerings by the German luxury car brand in India. The pricing of this model starts from ₹1.05 crore (ex-showroom) and is old in India as a completely built unit (CBU).