Home Auto News Auto Slowdown Is A Result Of Sc Order To Upgrade To Bs6: Sitharaman

Auto slowdown is a result of SC order to upgrade to BS6: Sitharaman

The Indian auto sector has been going through a prolonged slump. Passenger vehicle wholesales had declined for 11 consecutive months in September, only to rise marginally in October on the back of festive season purchases and new model launches.
By :
| Updated on: 28 Nov 2019, 12:59 PM 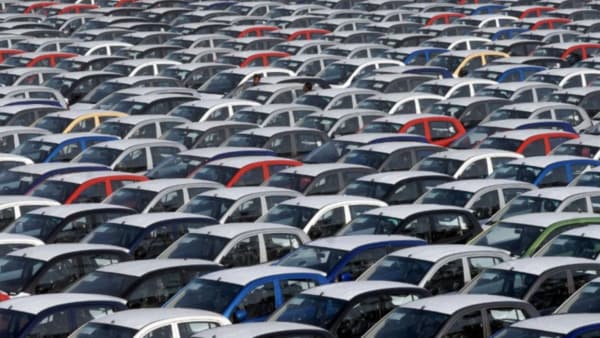 Finance Minister Nirmala Sitharaman on Wednesday said the automobile industry's problems are essentially derived because of the Supreme Court's order to upgrade to BS6 emission norms, thereby resulting into a churn in the sector.

Sitharaman, while speaking in the Rajya Sabha, said the auto sector is among the industries that are facing headwinds but have responded to the challenges.

"The problem in the automobile sector was essentially derived because of the emission orders which came from the Supreme Court which said BS-IV should be done away with and with two years' time given BS6 standards should come into place," the finance minister said during a discussion on economic situation.

She further said the government also took a considered decision that from BS4 emission standards, the country should go directly to BS6 norms, which come into play from April 1, 2020.

"And if that decision is taken two years in advance, naturally, there is a churn in the automobile industry because they will have to change their business model, they have to move into production of BS6 models for which R&D (research and development) funds are required," Sitharaman said.

While asserting that the government is "conscious of the challenges that are being faced by many of the sectors", she said, "We have already seen many of these segments responding, like the automobile sector."

In the auto sector, most of the companies have cleared their inventory, she added.

The Indian auto sector has been going through a prolonged slump. Passenger vehicle wholesales had declined for 11 consecutive months in September, only to rise marginally in October on the back of festive season purchases and new model launches.

The finance minister reiterated that while each sector has its own issues, "We are quite careful and taking opinions from everybody. We are not really hurrying through the decisions but we are coming with solutions."