According to Society of Indian Automobile Manufacturers, the sales of passenger vehicles are still below the April 2017 level and two wheelers are yet to climb up to the April 2012 figures.
By : HT Auto Desk
| Updated on: 11 May 2022, 05:19 PM 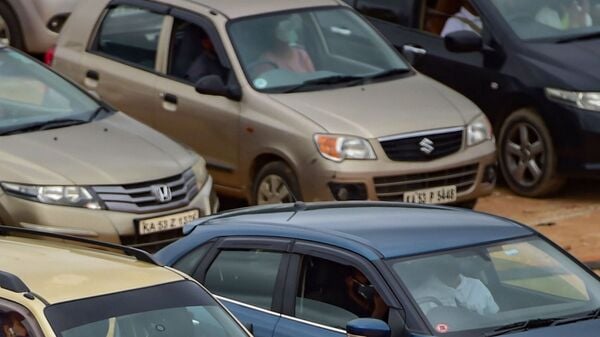 Passenger vehicle dispatches has gone down by four percent in April compared to the same month last year.

The Indian auto industry has witnessed a marginal dip in wholesales in the month April. The Society of Indian Automobile Manufacturers (SIAM) came out with its monthly sales reports today which stated that auto manufacturers are still struggling with issues like supplies while a few more have cropped up recently to put further pressure.

According to SIAM, passenger vehicle dispatches from factories to dealers declined by four percent in April. SIAM said this happened due to supply side challenges in the auto industry. It is also one of the factors why several cars have long waiting periods.

Menon also said, "Further, manufacturers are also monitoring the likely impact on demand, due to the recent hike in repo rate, as it would increase the lending rates to the customers." Earlier this month, the Reserve Bank of India had increased the repo rate by 40 basis points to 4.4 per cent in a bid to contain inflationmaruti.