Several US media outlets reports on the 90-minute audio recording which, for 15 minutes, has guests making all sorts of claims about why the future is bleak for Tesla.
By : HT Auto Desk
| Written By : Shubhodeep Chakravarty
| Updated on: 27 Jan 2020, 03:27 PM 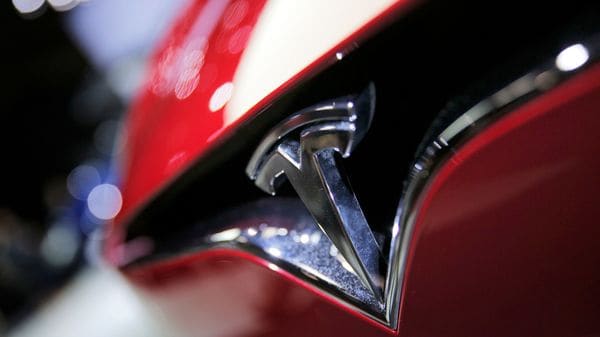 Tesla has taken massive strides in recent months and has announced a number of product launches while expanding its global presence with determination. From Cybertruck to a plant in Shanghai - its first outside of the United States, Tesla has managed to hit the headlines repeatedly and has also managed to increase its valuation. These developments have made a recently released audio clip from an April of 2018 dinner with Donald Trump quite the talk of town because certain guests are heard predicting a grim future for the electric car maker.

Several US media outlets reports on the 90-minute audio recording which, for 15 minutes, has guests making all sorts of claims about why the future is bleak for Tesla. While HT Auto cannot independently verify the authenticity of the audio recording, it is reported that certain guests highlight Tesla's 'struggle' at the time - April, 2018, to underline that the company is in murky waters. When Trump inquires about the company, one of the guests reportedly said that all is not well. "Tesla’s broke. 100%. They can’t produce them. The auto companies have caught up to him. He’s never generated anywhere close to positive cash flow. He’s subsidized by 25,000 per vehicle. It’s over. The other thing people forget about it it’s great to have an electric vehicle, but you gotta plug it in and get a charge somewhere," a guests, whose identity was not established, is heard saying.

US media has been highlighting the discrepancies in the statement(s) and the information that was provided to Trump during that particular dinner conversation. In addition, one of the guests also reportedly makes a remark on Elon Musk - Tesla CEO, being 'a little off socially.'

Musk and Tesla would look - and hear - back at the audio recording with a pinch of salt considering his and its meteoric rise. With the world fast moving towards electric mobility, industry experts say Tesla already has a mile-long lead which major auto companies are around the world are attempting to reduce.