Audi India opens bookings for the all-new 2021 A4 sedan 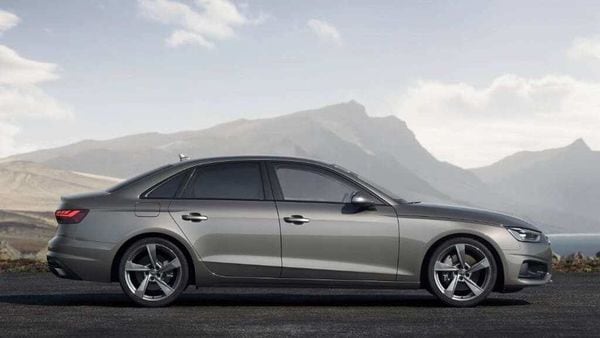 The latest Audi A4 will hit Indian markets in the early parts of 2021.

Audi India today announced that it has commenced bookings for its fifth-generation A4 with an initial booking amount of ₹2 lakhs. The bookings can be made online as well as across all Audi dealerships in the country.

The German car maker is also offering a four-year Comprehensive Service Package on pre-bookings of the luxury sport sedan. The car has already hit production lines at the company's Aurangabad facility and its launch is slated for early 2021.

The luxury sedan gets a more sporty visual appeal from the front courtesy a re-designed head light unit, sculpted bumpers and dual exhausts at the rear. It is reported that the new A4 will sit on 19-inch alloys on the S variant and the other variants will offer either a 17-inch or 18-inch wheel. "The new A4 has undergone styling and feature changes and is a perfect blend of sportiness and sophistication," said Balbir Singh Dhillon, Head of Audi India. "The high performance sedan will attract progressive and well-established individuals who love to drive or be driven."

The updated version will come with latest in technology in the cabin and an arsenal of features including top-notch connectivity and a responsive infotainment system. The car will be powered by a 2.0-liter four-cylinder TFSI petrol engine which is expected to also get a 12V mild-hybrid system. This will be mated to an eight-speed automatic transmission unit with Audi's all-wheel drive Quattro system expected to be standard.

Expected to kickstart Audi's new year offensive in India, the new Audi A4 is touted as a daily commuter as well as a sporty luxury sedan for a weekend getaway. "The new Audi A4 will mark the beginning of a power-packed year for us and we are confident of attracting buyers in that segment," Dhillon added.