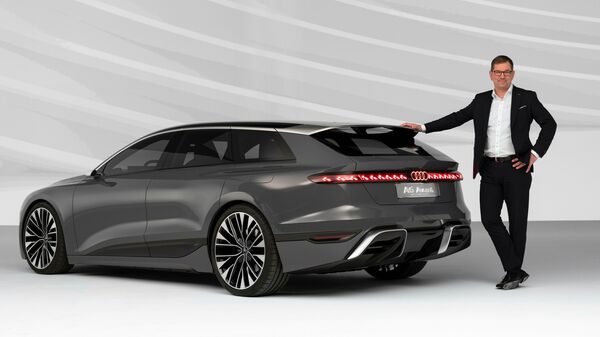 Audi Group's brands such as Lamborghini and Ducati performed well while the deliveries of its battery electric vehicles (BEVs) increased by 57.5 per cent. The Group delivered a total of 81,894 fully electric vehicles to customers with major contributors being the new Audi Q4 e-tron and the Audi e-tron GT quattro1. The models saw sales of 21,098 units and 6,896 units respectively.

The company's overall deliveries in fiscal year 2021 were nearly at the same level as last year. The Audi brand delivered a total of 1,680,512 vehicles to customers last year, achieving nearly the same figures as the year before. In the first half of the year, Audi increased deliveries by 38.8 percent to 981,681 vehicles. However, due to persistent semiconductor scarcity, the demand in the second half of the year wasn’t fully met.

For fiscal year 2022, the Group expects deliveries of between 1,800 and 1,900 thousand vehicles. Revenue is expected to be between 62 and 65 billion euros while operating return on sales is expected to be between nine and 11 percent. And if normalizing working capital and increasing investment activity continues, net cash flow will likely reach a value of between 4.5 and 5.5 billion euros. However, the concrete effects of the war in Ukraine on the Audi Group’s business cannot be estimated yet.

The company is working on its 2030 goals of electrification and digitalization. As part of its corporate strategy Vorsprung 2030, Audi will only launch fully electric models worldwide starting 2026. Audi intends to reduce its vehicle-related CO2-emissions along the entire value chain (excluding locally produced vehicles in China) by 40 percent by 2030, in comparison with the reference year of 2018.

The company looks to expand its battery electric portfolio with the Audi A6 Avant e-tron concept. Later production versions of the Audi A6 e-tron will be the first flat-bottom vehicles based on the new Premium Platform Electric (PPE), the large-scale platform for the mid-range and premium class. Audi is thus working on making electromobility mainstream.