Aston Martin is looking forward to a positive contribution to the cash flow by DBX in the second half.
By : Bloomberg
| Updated on: 08 Aug 2020, 12:46 PM 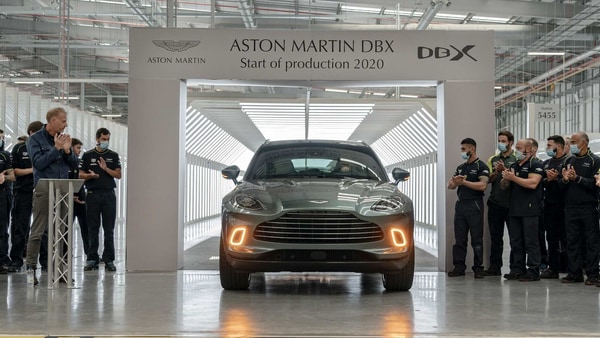 Aston Martin’s bondholders shrugged off the sky-high leverage figures revealed in the company’s earnings on Wednesday, as they stuck to their bets on the success of the iconic car-maker’s new SUV.

The British firm’s debt soared to 82.5 times its earnings in the first half of this year, compared with 8.3 in the second half of 2019. It attributed such a massive hike in indebtedness to a hefty operating loss and negative cash flow as it ramped up spending on its new DBX while shuttering its showrooms amid the Covid-19 pandemic.

Bondholders, however, are sticking to their bets. The company’s sterling and dollar-denominated securities have risen steadily since April, and investors shrugged off Wednesday’s earnings. The real moment of truth will come in the second half of the year, with the sales figures for the vehicle, which retails at $189,000.

“From a cash flow perspective, performance was very bleak, but better than expected," said Felix Fischer, a credit analyst at Lucror Analytics, by phone. “Going forward, it will all depend on how the DBX is received."

According to Bloomberg Intelligence’s Michael Dean analysts expect the company’s ebitda to reach 193 million pounds by the end of 2021.

“This would get its leverage under control to under 4x," he said. “Most of their earnings this year will be from DBX sales. So yes, a lot depends on how well the car is received."

In a statement to Bloomberg News, the company said that its high level of leverage came when its dealerships and factories were closed; now more than 90% of its dealer network has reopened.

It also highlighted the fact it had recently raised 688 million pounds of equity to reset the business. The company declined to offer a number for DBX orders.

Notes for Aston Martin have risen 18 pence on the pound since their lowest on April 20, at around 70 cents pence. The company bonds bounced back from distressed levels on the back of the restarting of operations, and the change in management, with a new chief executive officer and chief financial officer in place.

Since the takeover, the new management has instituted changes to limit spending and cut costs.

Among other measures, the company announced in June plans to eliminate almost 20% of its workforce, or as many as 500 positions, to cope with a slump in demand for luxury cars. It will also only build the new SUV to order.

Aston Martin is looking forward to a “positive contribution" to the cash flow by DBX in the second half, the Chief Financial Officer Ken Gregor told Bloomberg News.