Aston Martin pull out of Le Mans after Hypercar delay

Aston Martin announced in January it would enter Formula 1 next year after securing financial backing from Canadian billionaire Lawrence Stroll by rebranding the current Racing Point team.
By : AFP
| Updated on: 19 Feb 2020, 06:49 PM 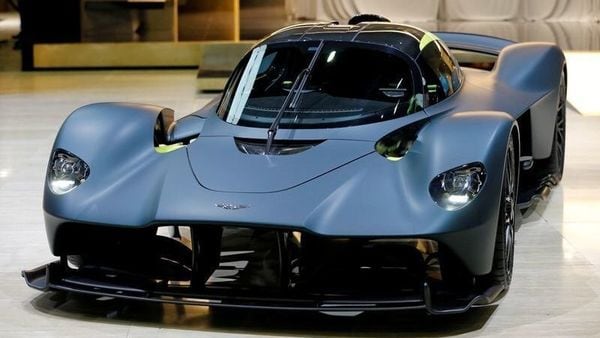 Aston Martin will not make its World Endurance Championship or Le Mans bow as they have delayed the development of their 'Valkyrie' car for the races, the firm said on Wednesday.

The British manufacturer were set to feature in next season's competition along with Toyota and Peugeot in Hypercars which will replace the LMP1 type of vehicles.

"This decision means that the Aston Martin Valkyrie Hypercar will not make its WEC debut at Silverstone in August 2020 or compete in the 2021 24 Hours of Le Mans," a statement from the carmaker said.

"Aston Martin will now pause as it considers whether to continue in any future prototype class. Aston Martin remains open to working with both organisations to find a suitable pathway for any future participation," it added.

The WEC organisers said they had foreseen the withdrawal from the firm, James Bond's favourite marque whose cars feature prominently in the 007 spy films.

"The decision announced by Aston Martin is very regrettable but maybe not unexpected, following the persistent rumours during the past six month about the fragility and visibility of the brand in a automobile market which is evolving quickly, as well as they decision to take part in Formula 1 as a works team in 2021," WEC and Le Mans organisers Automobile Club de l'Ouest said in a statement.

WEC and Le Mans want to boost interest in the race which has been dominated by Toyota since the withdrawal of Audi in 2017 and Porsche a year later.

Peugeot announced in November they would return to the WEC in 2022 and Le Mans a year later and hoped to use Swiss team Rebellion Racing but the Swiss announced they would pull out after this June's race in France.