As Rome boosts micro-mobility, some complain of e-scooters gone wild

Thousands of electric scooters are filling the streets of central Rome as people seek alternatives to crowded public transport amid the coronavirus.However, there have been complaints of dangerous driving and injuries involving the vehicles.
By : Reuters
| Updated on: 21 Sep 2020, 02:46 PM Electric scooters are parked near Trevi Fountain in Rome, Italy on September 18, 2020.

They're a far cry from the ancient Roman chariots immortalized in the 1959 classic movie "Ben-Hur", but critics say they can be just as dangerous in the wrong hands.

Thousands of electric scooters are filling the cobblestoned streets of central Rome as people seek alternatives to crowded public transport amid the Covid-19 pandemic.

To encourage environmentally friendly "micro-mobility," authorities have licensed eight companies, including Lime and Bird, to operate about 6,000 e-scooters. Thousands more are on the way, a prospect that has some local residents worried.

Mayor Virginia Raggi has encouraged electric mobility in the Italian capital, where buses occasionally catch fire due to poor maintenance and metro stations have been shut for months because of broken escalators.

Many Romans have begun using the scooters to get to work and tourists enjoy darting from the Colosseum to the Vatican and on to the bridges over the Tiber River.

The battery-operated vehicles have also caught on because Rome's hills are too steep for most cyclists. 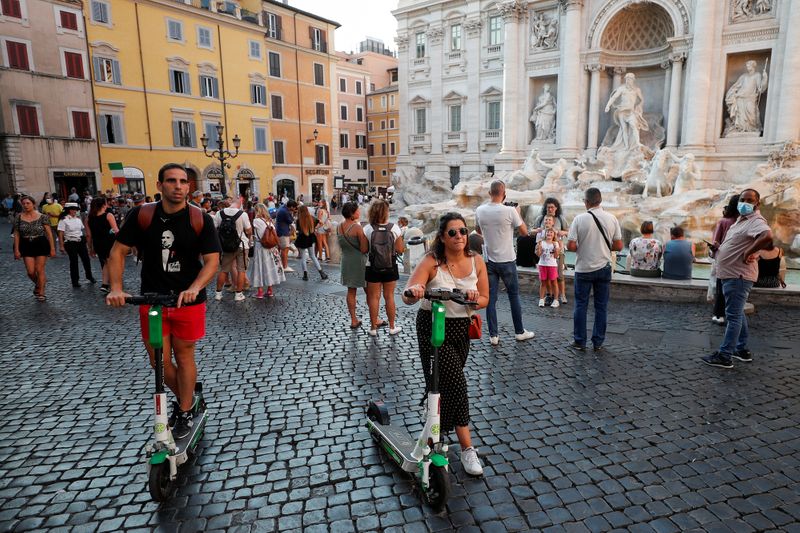 The law says they cannot be used on sidewalks, cannot go faster than 25 kph on streets or more than six kph in large pedestrian islands. They are banned from bicycle paths within the city limits. The minimum age for their use is 14 but riders under 18 must wear a helmet.

But there have been complaints of dangerous driving and several injuries involving the vehicles. Some have even been seen travelling on the city's fast and treacherous ring road.

(Also read: The Tesla of bicycles has the same cult following. And same problems)

"They violate every basic road and traffic rule," said resident Carmen Golia. "A regular driving license should be required."

An app on a user's smartphone locates the nearest scooter and the customer is billed automatically, usually according to the distance driven. 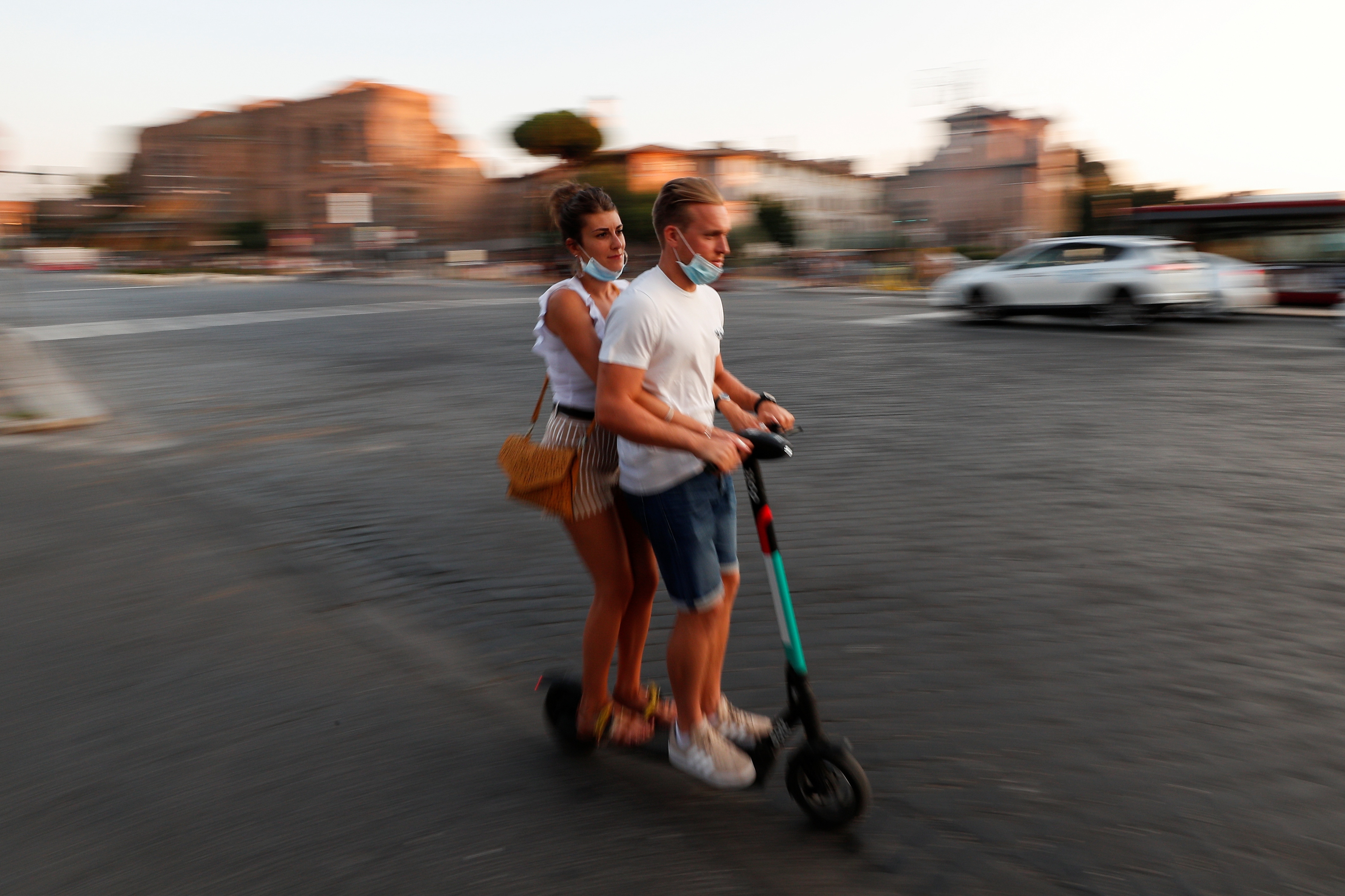 People ride an electric scooter near the Colosseum in Rome, Italy, September 18, 2020. (REUTERS)

Many are left near ancient monuments or blocking sidewalks, leaving some upset residents to take matters into their own hands.

In early September, a woman knocked down like dominoes about a dozen scooters parked on a sidewalk in front of one of Rome's most famous theatres before police stopped her.

The number of scooters is expected to grow to about 16,000 in the coming months.

(Also read: This stunning e-bike from German startup costs as much as a Tesla Model Y)

Bird, which operates around 2,500 scooters in Rome, has staff to reposition badly parked vehicles and the company allows users to report misconduct and abuses.

"If someone violates the rules we send an alert. If this happens more than once we can impose fines or block the account," said Cristina Donofrio, general manager of Bird for Italy.