While it might still take years for the self-driving trucks to get regulatory approval, tech firms believe that this is as a long-term solution.The move to get driverless trucks on roads is being seen as a safety concern, especially at a time when Tesla's Autopilot feature has been under scrutiny.
By : HT Auto Desk
| Updated on: 10 Jan 2022, 02:03 PM 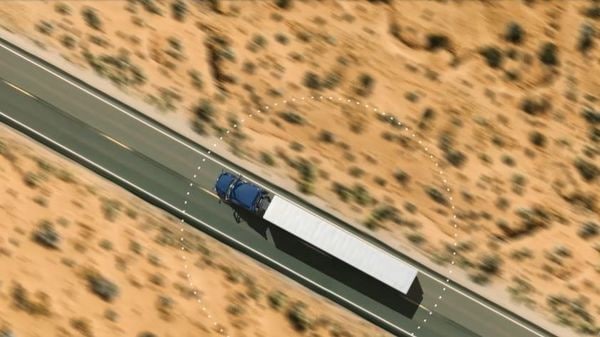 File photo of a self-driving truck being tested on roads.

Shipping companies and software developers in the US are looking to experiment with self-driving trucks to solve the issue of the shortage of drivers amid the Covid-19 pandemic. However, this move is drawing flak from the safety advocates who believe that the technology is a risk to motorists.

Companies such as JB Hunt Transport Services, Uber Technologies' freight division and FedEx Corp are testing automated big rigs as a shortage of drivers has intensified the supply-chain crisis hampering the US economy. While it might still take years for the self-driving trucks to get regulatory approval, technology companies believe that self-driving tech is as a long-term solution to an increasingly intractable labor problem.

Aurora Innovation started testing driverless truck software last month in Texas with Uber Technologies’ logistics arms. “Human drivers, by our nature, have to eat, sleep and take breaks… What that leads to is enormous underutilization of these trucks and much slower movement of goods," Sterling Anderson, co-founder of Aurora, told Bloomberg.

The move to get driverless trucks on the country's roadways is being seen as a safety concern, especially at a time when Tesla's Autopilot feature has been a subject of a probe by US auto safety regulators. Imagining a vehicle with as many as 18 wheels weighing 80,000 pounds or 36,300 kilograms, moving down highways on their own, amplifies safety concerns.

As per safety advocates, the technology is still unproven and may lead to more fatal crashes, given that 12.6% of all crashes on US roads in 2020 involved a large truck, as per data from the National Highway Traffic Safety Administration. "What we see playing out on roads with some cars claiming to have self-driving capabilities crashing into barriers and people is giving people some pause," Cathy Chase, president of Advocates for Highway and Auto Safety, told the publication.