Home Auto News Amid Fuel Shortage, This Country Turns To Bicycles In Boom For Repair Shops

Amid fuel shortage, this country turns to bicycles in boom for repair shops

Amid chronic fuel shortages, many in Venezuela are dusting down old bikes and taking to the streets on two wheels out of sheer necessity.Once-quiet bicycle workshops are humming with new trade.
By : Reuters
| Updated on: 03 Jun 2020, 11:28 AM 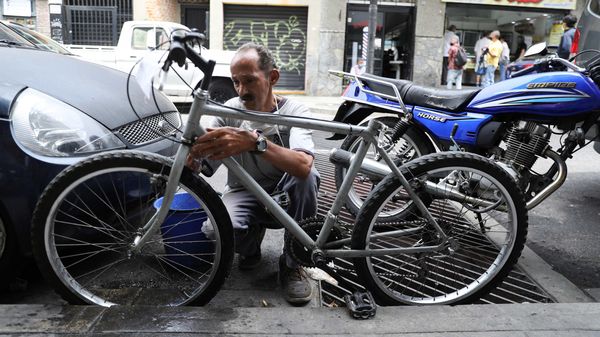 With fuel for decades the cheapest in the world and gas-guzzling vehicles a sign of status, few Venezuelans could be bothered to jump on a bicycle.

But as chronic fuel shortages become the latest manifestation of an agonizing, six-year economic crisis, many are dusting down old bikes and taking to the streets on two wheels out of sheer necessity.

Once-quiet bicycle workshops are humming with new trade: a rare boom for this small sector during the otherwise paralyzing impact of Venezuela's coronavirus lockdown.

Veterinarian Pedro Villegas took his two-decade-old bike for a tune-up and now happily uses it for his half-hour daily ride to the office in Caracas, including partly on a motorway.

(Also read: Drowning in oil, yet paying $10 a gallon for gas in Venezuela)

"I started using it little-by-little, because I am over 50 and I had to improve my lung capacity," he said.

Pepe Segura, 74, owner of a bicycle workshop in an affluent area of eastern Caracas, now arrives at 6 a.m. each morning to begin working on the burgeoning list of orders.

"I have four times more work," he said.

While bicycle use has increased in other nations this year for exercise, environmental and health reasons during the coronavirus crisis, in Venezuela the main factor has been the fuel crisis. 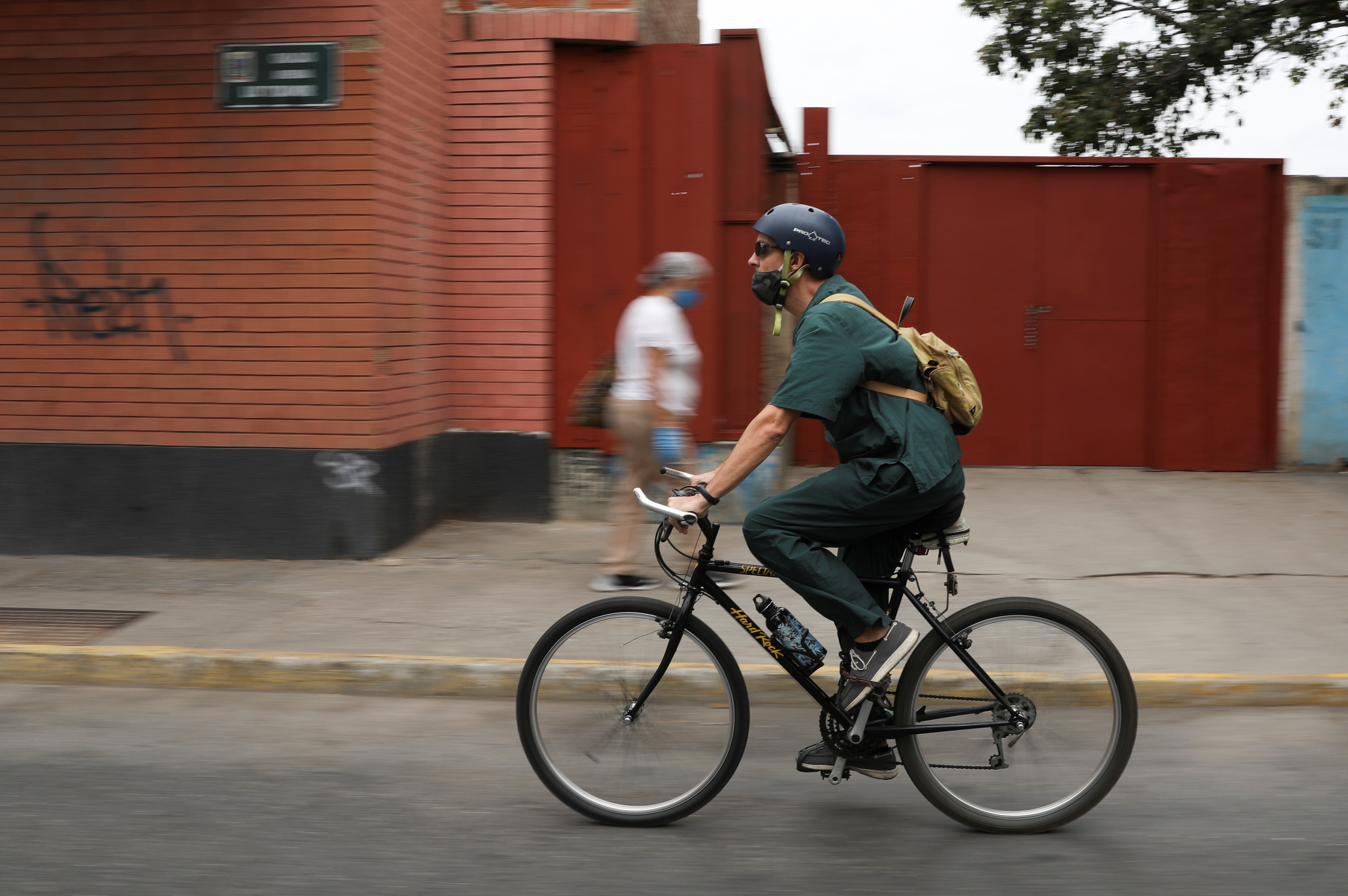 Veterinarian Pedro Villegas leaves his clinic on his bicycle in Caracas, Venezuela May 29, 2020. (REUTERS)

Despite having the world's largest crude reserves, Venezuela's refineries are nearly paralyzed due to years of under-investment. US sanctions, meant to force President Nicolas Maduro from office, have snarled fuel imports.

Since March, motorists have been spending as long as three days in lines at military-controlled gas stations - though recent shipments from Iran may give some relief.

After decades of selling fuel so heavily subsidized it was almost free, the government this week created a new system under which drivers can buy 120 liters per month (31.7 gallons) of subsidized fuel for around $0.02 per liter.

At the latter price, a month of minimum wage salary would buy only six liters (1.6 gallons) of gasoline, about 10 percent of the tank of a typical sedan.

"If I drive five kilometers with my car, I consume a liter of gasoline. I've got to ration it," said Jorge Ramirez, 54, an accountant, who now travels short distances on an old bicycle he found in his home.

Many Venezuelans say the Covid-19 pandemic, with only about 1,500 cases reported, causes them less stress than lack of fuel.

"I had to come up with something so that I could keep taking care of my patients, so I bought a used bicycle," said pediatrician Alejandro Crespo, who rides half an hour up a hill to his office in Maracay, a city west of Caracas. 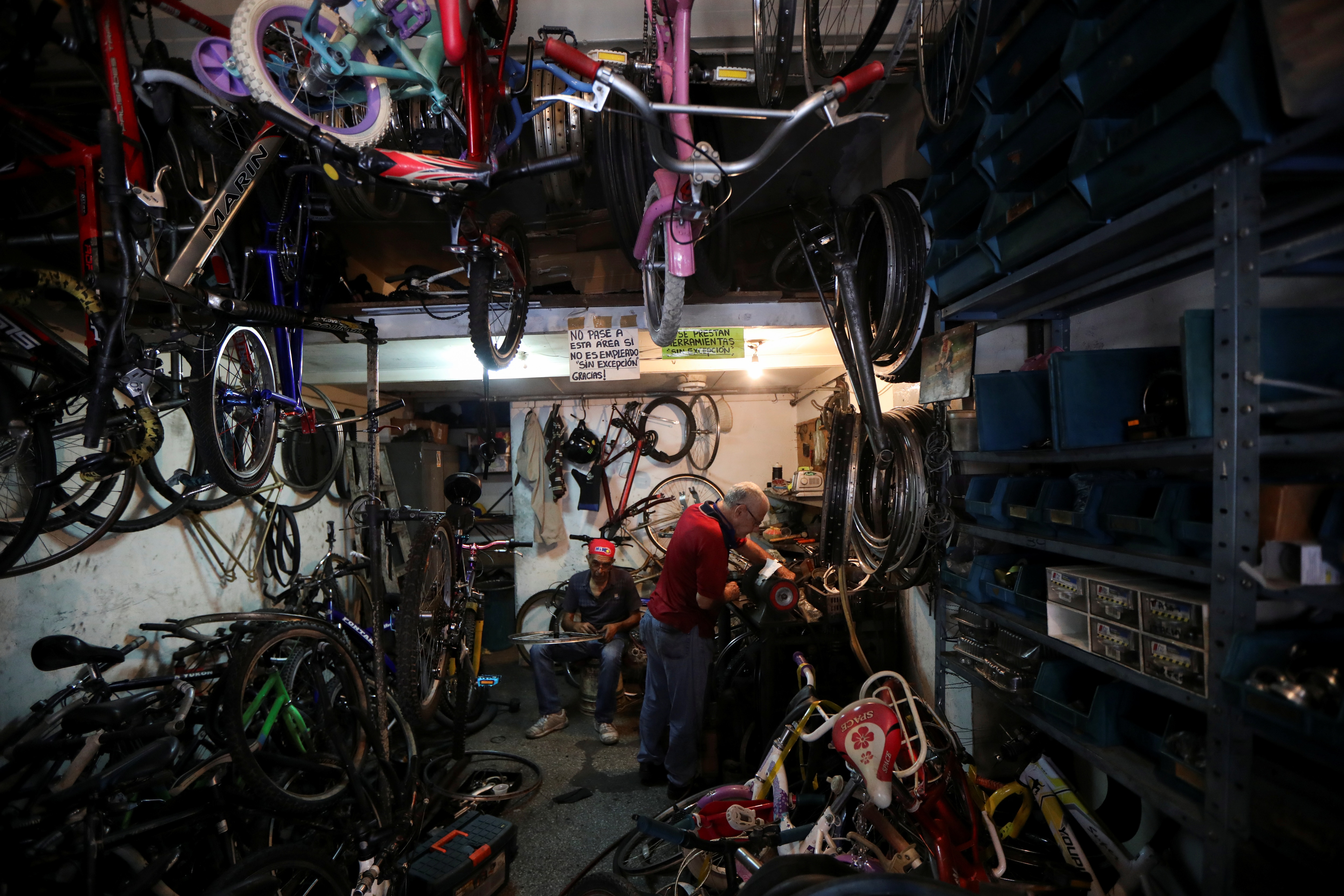 Before that, Crespo never had the day or longer required to wait in a special line at the single Maracay service station designated for doctors and nurses to buy 20 liters a time.

Mechanics say they mostly sell patches and new tires, to get old punctured bikes back on roads.

A basic tune-up costs between $7 and $20, less than a tank of gas under the new pricing system.

(Also see pics: When fuel is a scarcity, cars turn to cooking gas)

Used bikes sell for between $150 and $300 in stores and websites, but they are scarce. Most shops had stopped importing new bikes amid the economic crisis due to lack of demand.

Increased home delivery during the lockdown has been another factor behind seeing more bicycles on streets where the car had always been king and bike lanes are virtually non-existent.

Mechanic Juan Alvarez, who this year began repairing bicycles in clients' homes, says most bikes he sees have been sitting for years. "Things have gone much better for me because of the lack of gasoline," mused Alvarez before setting off on a job on his own two wheels.