Home Auto News Drowning In Oil, Yet Paying $10 A Gallon For Gas In Venezuela

Drowning in oil, yet paying $10 a gallon for gas in Venezuela

Venezuelans are paying more than ever for gasoline as extreme shortages fuel a booming black market.
By :
| Updated on: 26 Apr 2020, 07:19 PM 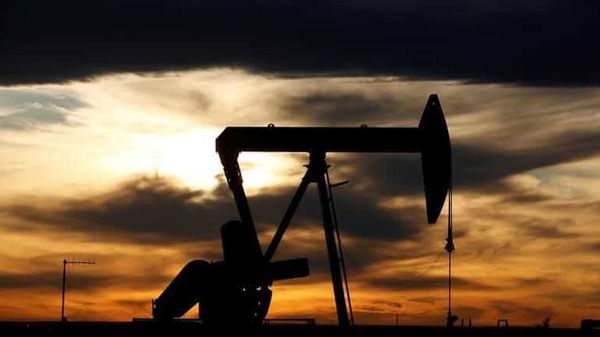 In a week when oil futures fell below zero, everyday Venezuelans are paying more than ever for gasoline as extreme shortages fuel a booming black market.

The crisis has now spread to the capital city of Caracas, where priority drivers including doctors and police start lining up at 3 a.m. for a chance to buy heavily subsidized gas at one of the handful of service stations still open. On a good day, they’ll be able to score 20 liters (about 5 gallons) after a 10-hour wait, not even enough to fill half a tank on most compact cars. Often there’s not enough to go around, with reports surfacing of ambulances being sidelined by the shortages.

Everyone else is turning to a black market that, in some cases, is run by the same military men charged with safeguarding precious stocks for essential workers. In a working-class neighborhood in San Cristobal, near the Colombian border, one resident described scenes of National Guard members arriving in SUVs to deliver gas cans for about $2.50 per liter (almost $10 per gallon). That’s up from about $1.50 a liter a few weeks ago and essentially nothing at all for years before that.

“If you have enough money or if you have friends in the military or the government, you won’t have any problem getting gas," said Domingo Rosales, a 40-year-old coffee-shop owner in San Cristobal. “If not, you have to suffer"

The surge in prices stands out as oil futures globally collapse because of lockdowns that have sapped all demand, leaving countries from the U.S. to Russia flush in unwanted oil. New York crude futures for May delivery plunged below zero for the first time ever on April 20.

For the past seven years, Venezuela has been on a long slide toward collapse, with residents facing no shortage of indignities in their daily lives, from grave robberies to being prescribed medicines made for pets. Even so, running out of gasoline in the oil-rich nation is a painful blow -- both financially and psychologically. A decade ago, oil was the firepower behind then-President Hugo Chavez’s ambitions to transform his nation into the socialist counterbalance to American capitalism. Venezuela owns the world’s largest crude reserves.

Shortages are due to a combination of factors, including mismanagement and corruption at state oil company PDVSA. But the real blow came with U.S. sanctions starting in 2019 that prevent Venezuala from exporting its crude or importing refined fuel products.

As shortages grew worse, the government handed control of gas stations to the military last month. At the pumps, the official subsidized price is still so close to zero that attendants will often just give it away in exchange for cookies instead of cash.

That creates the opportunity to profit by selling in the black market for huge markups. Daniel Guerra, a 31-year-old taxi driver, was driving around a remote Caracas area when he spotted a group of teenagers selling gasoline on the street. “They had a plastic container," he said. “Without thinking twice, I paid them $10 for it."

Last week, a resident in an upper-class Caracas neighborhood was arrested for building a clandestine gas pump and dispensers in his yard at home. Police seized about 3,000 liters of fuel, and the owner is facing contraband charges.

“If the country doesn’t receive another cargo soon, the gasoline crisis will extend beyond its current limits within the next few weeks," said Joel Guedes, director of consulting firm IPD Latin America LLC.

PDVSA, which owns one of the largest refinery complexes in the Western Hemisphere, hasn’t produced a drop of finished gasoline since November 2019, Guedes said.

Some drivers, unsure if they’ll be able to find more gas or if the nation will run out entirely, have started squirling away stockpiles anywhere they can. Larry Orellan, a 33-year-old motorbike taxi driver, said his dad has gas stored in the tank of a broken-down van, and he’s thinking of using a damaged bike he has at home to do the same. (Venezuela is filled with unusable cars, trucks and motorcycles because a shift toward using the dollar as currency means most people can’t afford to buy parts to fix them.)

Storing fuel is leading to other problems. Less than two weeks ago, a Caracas apartment building caught fire and destroyed more than 30 cars in the underground parking lot after bottles of fuel in the basement exploded, according to local media reports.

Freddy, a delivery worker at a large pharmacy chain who didn’t want to give his last name, said the only way he can fill the tank on his motorbike is by paying a soldier guarding a gas station near his house about $2 a liter.