Home Auto News In This Country, Cars Get Revamped To Run On Cooking Gas Amid Fuel Shortage

In this country, cars get revamped to run on cooking gas amid fuel shortage

Venezuelans are revamping vehicle fuel systems with a propane cylinder of the sort used for kitchen stoves.The country is suffering the worst gasoline shortages in its modern history due to a near-complete collapse of its refineries and US sanctions that make it difficult to import fuel.
By : Reuters
| Updated on: 29 May 2020, 13:08 PM 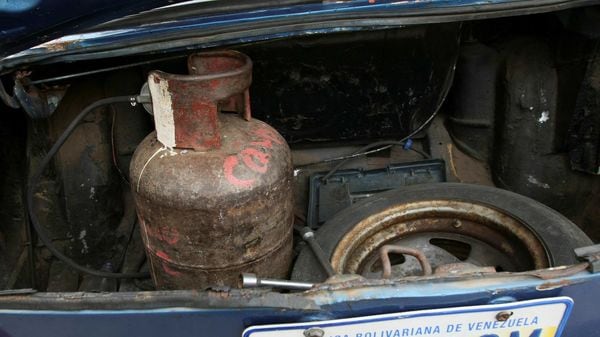 File photo: A cooking gas canister is pictured at the trunk of a car, which runs with cooking gas instead of fuel, as Venezuelans are struggling to cope with chronic fuel shortage.

Venezuelans struggling to cope with chronic fuel shortages are jury-rigging vehicles to run on cooking gas cylinders, a practice industrial safety experts describe as dangerous and which has led to at least one explosion.

Venezuela, an OPEC member that sits atop the world's largest crude reserves, is suffering the worst gasoline shortages in its modern history due to a near-complete collapse of its refineries combined with U.S. sanctions that make it difficult to import fuel.

(Also read: Coronavirus is going to hasten the demise of many oil refineries)

Mechanics and in some cases drivers themselves revamp vehicle fuel systems with a propane cylinder of the sort used for kitchen stoves, to avoid service station lines that sometimes leave people waiting for days to buy gasoline.

"There's no fuel in Venezuela and I had to set my car up like this to be able to work and bring home my daily bread," said Senen Aguirre, 25, in the city of Maracaibo.

(Also see pics: When fuel is a scarcity, cars turn to cooking gas)

Aguirre says the system is safe, but says the car smells strongly of the liquefied gas. He worries more about having to pay off the police not to impound his car, because the arrangement is illegal.

But the practice is not without risks. In the eastern city of Puerto La Cruz, one car running on cooking gas suffered an explosion earlier this month, a municipal official told Reuters. 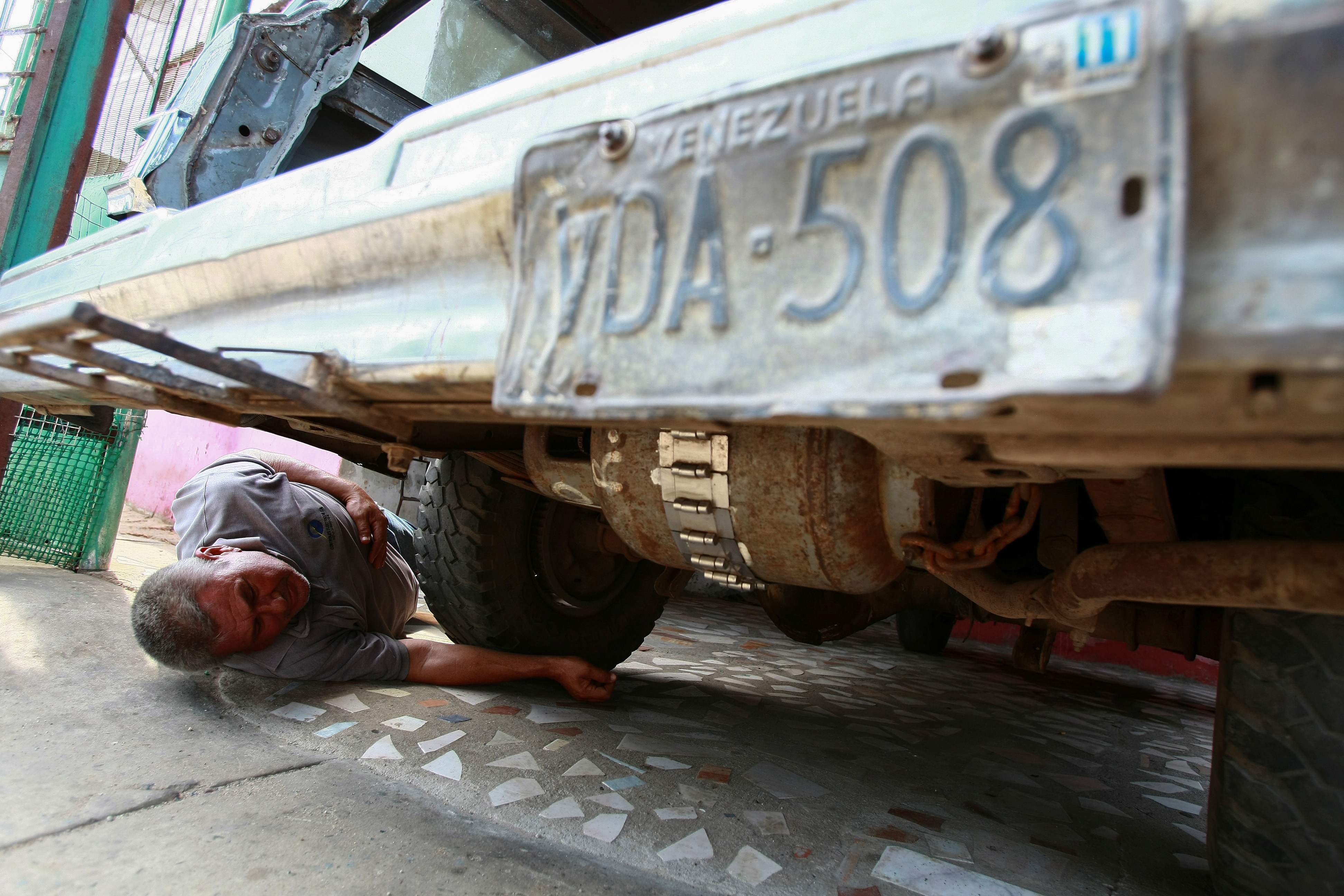 File photo: Alfredo Gonzalez checks a cooking gas canister beneath his car, which is used to run his vehicle instead of fuel, as Venezuelans are struggling to cope with chronic fuel shortage. (REUTERS)

The situation is a stark contrast to Venezuela's oil boom era when fuel was abundant and heavily subsidized. Fuel officially remains nearly free for those who can wait in lines or have connections, but gasoline now fetches $3 per liter ($11.34 per gallon) on the black market.

Following a request for information by Reuters, Maracaibo's citizen security division chief, Cesar Garrido, said in a statement that running cars on cooking gas "represents a high level of risk and is prohibited."

Venezuela's information ministry did not reply to a request for comment.

Alfredo Gonzalez used basic equipment including kitchen faucets to convert a pickup truck to run on cooking gas so that he could continue providing public transportation in Maracaibo - but he spends most of his time ducking the law.

"We're working like smugglers," he said. "The police persecution is really heavy. They say it's dangerous."

(Also read: Drowning in oil, yet paying $10 a gallon for gas in Venezuela)

Experts recommend against the practice due to the potential for explosions and health risks associated with prolonged exposure to propane gas.

"Over time these vehicles are going to have (gas) leaks because people are not careful," said oil engineer Jorge Leon.