Adoption of electric vehicles picking up speed in Delhi: Officials

In the period of July to September this year, electric vehicles constituted 7 per cent of the total number of vehicles registered with the Delhi government.Delhi launched its electric vehicle policy last year in August.
By : HT Auto Desk
| Updated on: 31 Oct 2021, 05:21 PM 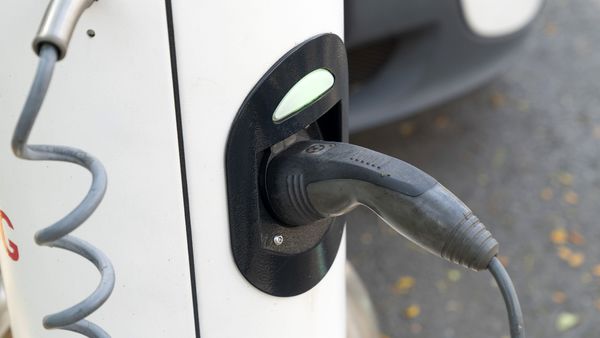 Adoption of electric vehicles is picking up pace in the national capital as the registration of these have surpassed the total number of registrations of CNG and hybrid-fuel vehicles in the city in recent months, officials said in a statement.

They also added that in the period of July to September this year, electric vehicles constituted 7 per cent of the total number of vehicles registered with the Delhi government's transport department, while CNG vehicles accounted for 6 per cent.

In the given period, over 1.5 lakh vehicles were registered that included 7,869 EVs, 6,857 CNG vehicles, 7,257 CNG-petrol vehicles and about 93,091 conventional fuel vehicles. Transport minister Kailash Gahlot said that the department is committed to making Delhi the country's EV capital in line up with chief minister Arvind Kejriwal's vision. “We are witnessing good results of our electric vehicle policy and the adoption of such vehicles is gaining pace," he added.

Delhi launched its electric vehicle policy last year in August and since then the number of registrations of EVs has increased from 1 per cent to 7 per cent. Electric autorickshaws and two-wheelers form the bulk of the battery-operated vehicles registered. Official figures show that nearly 23,000 EVs were registered in Delhi from August to October, including 5,246 two-wheelers and 10,997 e-rickshaws. However, the numbers of electric cars and buses are also increasing, informed a senior officer of the transport department.

Gahlot also said that as a part of encouraging people to adopt electric vehicles, the Delhi government has decided to promote e-autorickshaws and e-buses to reduce carbon emissions to make the city cleaner. Following this the transport department will only procure electric buses now. A tender floated for 450 CNG buses by the department would be the last one for this type of bus, he added.