About 140 lives lost in 600 road accidents during lockdown: Report

Out of 140 lives lost, reportedly 30% were those of migrant workers returning to their homes, underlining over-speeding on empty roads as one of the most common reasons for deaths.
By : PTI
| Updated on: 07 May 2020, 02:51 PM 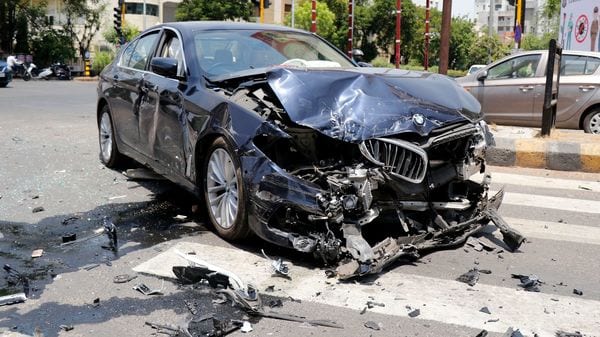 File photo: Damaged BMW car after it met with an accident with another car, in Ahmedabad on May 1.

About 140 lives were lost in over 600 road accidents over the course of the two phases of the nationwide lockdown between March 24 and May 3, according to a report by SaveLIFE Foundation.

Of this count, 30 per cent of the victims were migrant workers returning to their homes, said the report by the non-profit organisation which underlined over-speeding on empty roads as one of the most common reasons for deaths across states.

India accounts for one of the highest road crashes fatalities across the globe with annual 5 lakh accidents in which 1.5 lakh people are killed.

The country recorded more than 600 road crashes over the course of the two phases of the nationwide lockdown (24th March till 14th April and 14th April to 3rd May), as per data compiled by SaveLIFE Foundation.

Over 100 deaths were recorded across 9 states alone with maximum 42 deaths taking place in Punjab, followed by 26 in Kerala and 18 in Delhi, it said.

"Further analysis of these road crash deaths reveals that around 30 per cent of these victims were migrants travelling back home. Almost 57 per cent of the deaths were of people driving during the lockdown. The most common causal factor across these crashes was speeding," the report said.

Tragically, the rest of the road crash deaths were of essential services workers including doctors, who were travelling either from or to their place of work, it said. 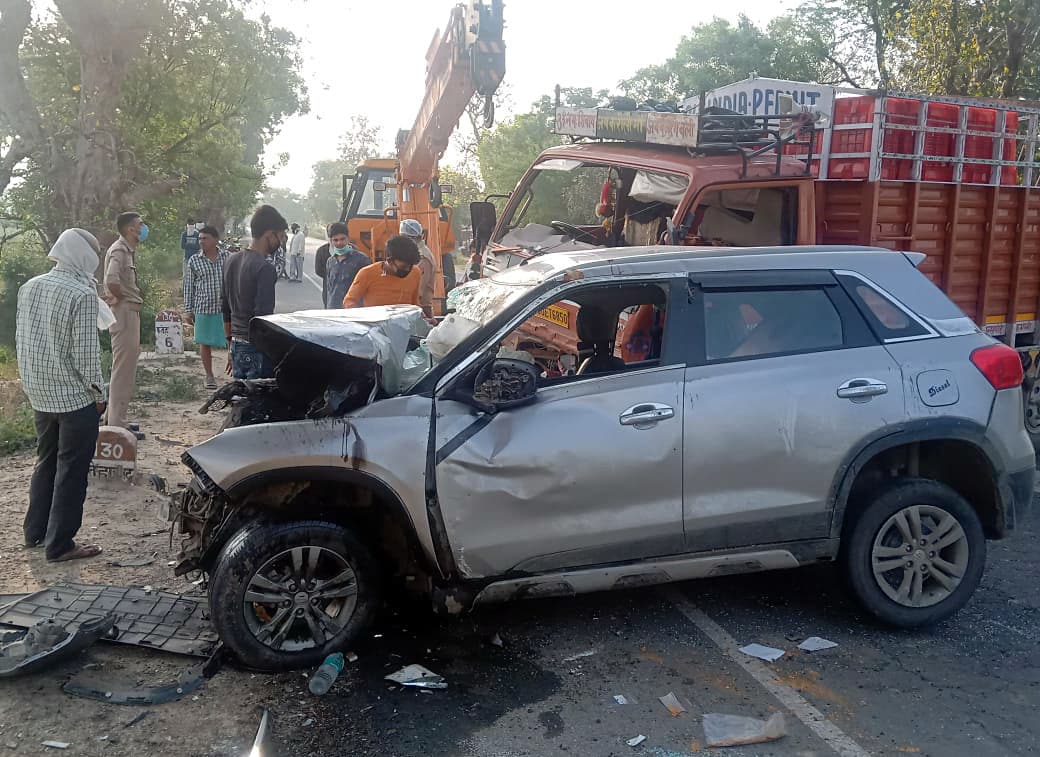 File photo: A damaged brezza car after an accident, in Agra on May 3.

The report said while there has been a dip in the absolute number of road crash fatalities during the lockdown due to suspension of public transport and general mobility, the rate of deaths in road crashes has remained unchanged.

However, comparative data for the last year was not available with the non-profit body.

As per the latest data of road accidents with the Ministry of Road Transport and Highways, the number of people killed on Indian roads recorded a rise of 2.37 per cent to 1.51 lakh in 2018 and 70 per cent of the victims fell in the age bracket of 18-45 years.

A total of 1.47 lakh people were killed in road crashes in 2017, according to the annual report 'Road Accidents in India, 2018' brought out by the ministry's transport research wing.

"Road accidents in the country have increased marginally by 0.46 per cent during 2018 with the year seeing 4.67 lakh road accidents as against 4.64 lakh in 2017," the ministry said.

(Also read: Deaths due to road accidents down by 10 percent after Motor Vehicles Act)

The government in Parliament had said that post implementation of new Motor Vehicles Act on September 1, 2019, deaths in road accidents reduced drastically in some states and union territories including Chandigarh, which saw a 75 per cent dip in fatalities in September and October 2019.

Piyush Tewari, founder and CEO, SaveLIFE Foundation, said, “India suffers the highest number of road crash deaths globally each year. Though there will be a dip in that number this year due to the lockdown, 140 deaths in over 600 crashes goes to show gains achieved will be lost as soon as things go back to normal."

He said the third phase of the lockdown is a golden opportunity for states to fix engineering faults in the roads and institute mechanisms for electronic enforcement so that when things become normal, road fatalities can be kept at low.

State highways, which account for 2.97 per cent of the road length, accounted for 25.2 per cent and 26.8 per cent of accidents and deaths, respectively.

Other roads that constitute about 95.1 per cent of the total roads were responsible for the balance 45 per cent of accidents and 38 per cent deaths.

According to the transport ministry report, in terms of accident-related killings by type of road users, the number of pedestrians killed accounted for 15 per cent, the share of cyclists was 2.4 per cent and that of two-wheelers was 36 per cent.

Over-speeding proved to be a major killer, accounting for 64.4 per cent of the persons killed followed by driving on the wrong side of the road which accounted for 5.8 per cent of the accident-related deaths.