The owner of the Tesla Model 3 sedan managed to lock the carjacker inside with the help of a remote app before police arrived.
By : Sabyasachi Dasgupta
| Updated on: 14 May 2020, 17:35 PM 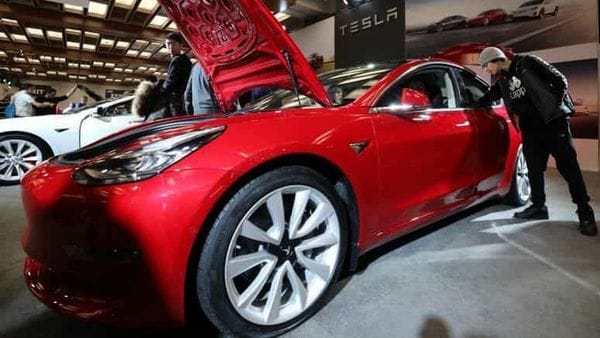 The Tesla Model 3 owner used the app to turn off the ignition key and lock up the suspect inside the car. (File photo)

In-car technologies or connected cars through apps are increasingly becoming popular not only because of convenience but also due to some of the security features they offer. Tesla is one of the pioneering carmakers to have implemented almost every kind of latest technologies, including autonomous driving, in its fleet of vehicles.

Recently one such incident has proved how critical some of these features could be for the car owners.

In California, United States, on such owner was quick on his feet to use Tesla app to fend off a suspected carjacker. The Barstow Police Department reported the incident saying the Tesla Model 3 owner used the technology to not only prevent the crime, but also help them nab the suspect.

Unfortunately the 21-year-old suspect had picked the wrong vehicle to steal. As he scared off the owner sitting in his Tesla Model 3 and tried to take control, the owner used the app to turn off the ignition key and lock him up inside the car.

The cops took to social media to post the incident which took place on May 8. The post reads, "On May 8, 2020, at approximately 10:20 a.m., officers were dispatched to the 400 block of East Fredricks Street regarding a vehicle theft in progress. The reporting party stated that while he was sitting inside his Tesla T3 vehicle, a subject opened the driver’s side door and began screaming at him to get out of the car. The subject made the victim get out of his vehicle and then attempted to steal it. The victim stated that he was able to use his cellular phone to turn the vehicle’s engine off and lock the subject inside of the vehicle. As officers arrived on scene, they observed a subject, later identified as Charlie Smith, in the driver’s seat of the vehicle. Officers made contact with Smith and placed him under arrest. When officers placed Smith under arrest, they observed that he was sweating profusely and was twitching and blinking his eyes rapidly. Smith’s behavior was also erratic and combative. Smith was placed under arrest for carjacking and being under the influence of a controlled substance."

Tesla cars are known around the world to be one of the safest and that is not just during accidents but even against incidents of being stolen. That reputation hardly stopped thieves from trying to steal the electric cars.

One such incident was reported earlier this month when a group of thieves tried to run away with three Tesla cars from a showroom in Virginia. However, they were intercepted by the police.

Tesla cars have built a reputation over the past several years of preventing unauthorised entry or driving. With cameras all around vehicles and with features like Sentry Mode that blast out alarms, these vehicles are quite safe even when left charging by owners at public stations. When still stolen, it is reported that most are recovered due to advanced tracking system inside which are nearly impossible to either remove or hack into.