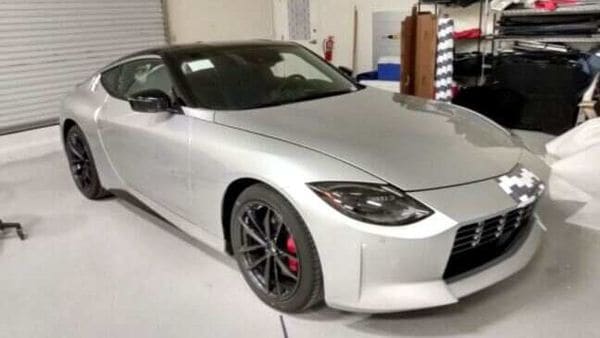 The 2022 Nissan Z has been caught undisguised for the second time shortly after being leaked online for the first time. In the images doing rounds on the internet, the car can be seen donning unique blue interior seats and silver exterior. It is the production version of the Z Proto that was showcased by the company last year and looks similar to the prototype.

On the exterior, the silver paint has been contrasted by gloss black front grille, wheels, A-pillars, B-pillars, C-pillars, wing mirrors, roof, and the rear diffuser. One of the differences between the production model and the prototype is the presence of a lip spoiler on the trunklid on the former.

The interior of the Z gets a striking two-tone black and blue finish akin to the classic 240Z from the 70s era. It looks like the carmaker has tried to combine areas of leather with soft-touch Alcantara surfaces. 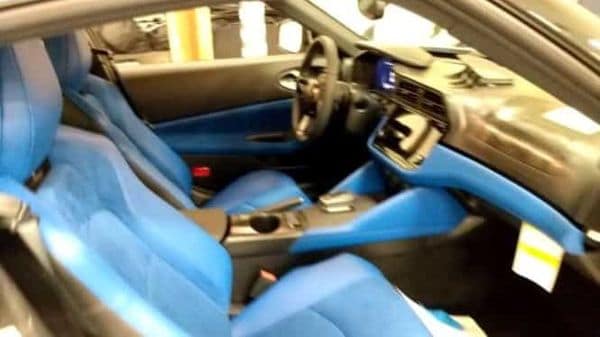 Further, the Nissan Z's cabin will get multiple screens for a wide variety of controls, a three-spoke steering wheel with control buttons with contrast stitching on seats to give the car a contemporary appeal. The occupants can also expect a whole lot of gadgetry with a 12.3-inch instrument cluster and a nine-inch infotainment screen topping the list.

Like its prototype, the production version is expected to get a twin-turbo 3.0-liter V-6 that powers the vehicle. The model pictured also gets an automatic transmission with paddle shifters as compared to the six-speed manual gearbox of the Z Proto. The production version may also get a seven-speed torque converter.

Earlier reports revealed that the coupe, once launched, the car will simply be called 'Z' in place of initially said 400Z. The pictured vehicle seems to be made for the North American market as it can be seen donning amber turn signals.