Jeep Meridian to Triumph Tiger Sport 660: Cars and bikes to debut next week

Jeep India is all set to drive in its latest three-row SUV Meridian on March 29. On the same day, Triumph Motorcycles will launch its entry-level Tiger model in India.
By : HT Auto Desk
| Updated on: 25 Mar 2022, 01:17 PM Jeep Meridian SUV (right) and Tiger Triumph Sport 660 are two of the key vehicles to debut and launch next week.

The last week of the ongoing financial year is all set to see at least two new vehicles unveiled or launched in India. While Jeep India is gearing up to debut its three-row seven-seater SUV Meridian next week, Triumph Motorcycle is all set to ride in the 2022 Tiger Sport 660 to the Indian markets. There could also be a few surprises too as more brands are expected to line up their new models for launch or unveiling soon.

Jeep's upcoming premium SUV Meridian will officially break cover on March 29. Likely to be launched in the first half of this year, the SUV is expected to be a made-in-India SUV in an effort to grab more market share in the segment. Jeep has already teased the SUV in camouflage which shows certain traits in design that is inspired from its Compass compact SUV. 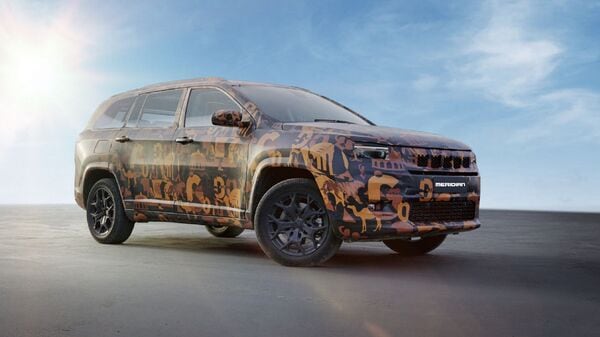 Inside the cabin, the Jeep Meridian is likely to get a 10.2-inch digital instrument cluster and a 10.1-inch touchscreen infotainment system with Jeep's U-Connect. It would offer features like remote commands, geofencing, OTA updates, towing information etc. The rear row occupants are expected to get individual AC vents and USB slots with fast charging capability. The front seats are expected to get ventilation feature.

Under the hood, the Jeep Meridian SUV is likely to get a 2.0-litre Multi-jet diesel engine, that also powers the Compass SUV. It is capable of churning out 170 bhp peak power and 350 Nm of torque. Jeep could also offer a larger 2.4-litre Tigershark four-cylinder naturally aspirated MultiAir II diesel engine used by Chrysler. It can produce 184 bhp of power and 243 Nm of torque. The engines are likely to come mated to either a six-speed manual gearbox or a nine-speed automatic unit.

Expect the Jeep Meridian SUV to be priced between ₹25 lakh and ₹35 lakh range. The premium SUV will take on rivals such as Toyota Fortuner, MG Gloster and Skoda Kodiaq. 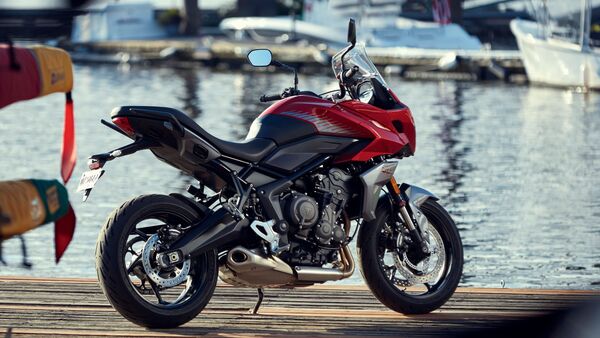 Triumph Tiger Sport 660 is going to launch in India on March 29.

Triumph Motorcycles India will launch the 2022 Tiger Sport 660 the same day when Jeep officially unveils the new Meridian SUV. This will be Triumph's new entry-level model in the Tiger family. The two-wheeler manufacturer had opened bookings for the Tiger Sport 660 in December last year for an amount of ₹50,000.

Triumph Tiger Sport 660 made its global debut in October last year. It comes with sporty looks enhanced by LED headlights as well as modern-looking Bluetooth-ready TFT instrument console. It also has two riding modes - Road and Rain, a switchable traction control and ABS.

In global markets, the bike is available in three dual-tone colour schemes, including Lucerne Blue and Sapphire Black, Korosi Red and Graphite, and a minimalist Graphite and Black option. All three colours are expected to be offered in India as well.

The Triumph Tiger Sport 660 is expected to be powered by a 660cc three-cylinder engine which has been carried over from the Trident. It is capable of producing 81 bhp of power and 64 Nm of peak torque. The engine comes mated to a six-speed gearbox and an optional up/down quickshifter.

When launched, the Triumph Tiger Sport 660 will take on the likes of Kawasaki Versys 650 and Suzuki V-Storm 650 XT.