Home Auto Electric Vehicles You Should Know This If You Own An Ev. Foam Or Water Can't Douse Lithium Fire

You should know this if you own an EV. Foam or water can't douse lithium fire 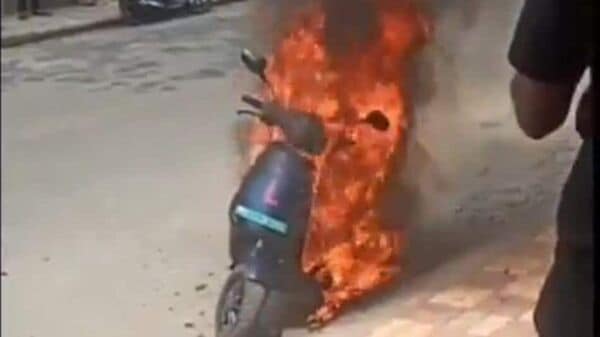 Several EV fire incidents have been reported in recent times.

In recent times, several electric vehicle fire incidents have been reported, with one of them even causing the death of two people. This series of EV fire incidents have dampened the sentiment of consumers to some extent. Some of the customers have even decided to change their decisions to buy EVS as well. While internal combustion engine vehicles are prone to fire risks, electric vehicles with lithium-ion battery packs too are prone to fire, but the chance is significantly lesser.

However, the types of fire for ICE vehicles and electric vehicles are very different. While ICE vehicles use petrol or diesel fuels, which are highly flammable, lithium is not that flammable. However, thermal inefficiency can cause a chemical reaction inside the battery cells, which could result in a fire with a high-intensity temperature. Hence, dousing the lithium-ion battery fire is much tougher compared to petrol or diesel.

Using foam or a large volume of water can put out petrol or diesel vehicle fire. But, the case is completely different for electric vehicles. With such high-intensity temperature generation, lithium-ion battery fire is not possible to be doused by conventional fire extinguishers. Lithium-ion battery fires don't respond to traditional fire extinguishers or foam or even water as well.