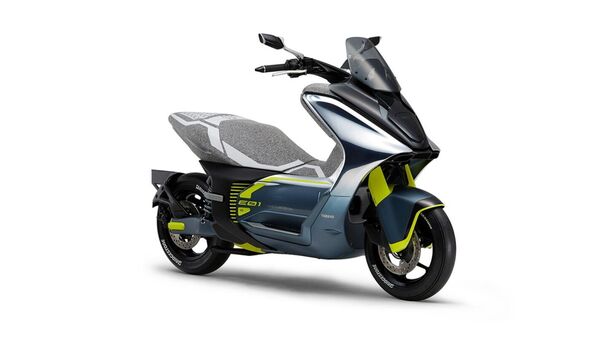 Concerns such as travel range, charging process, and charging time of the Yamaha E01 will be addressed in the testing. The Yamaha E01 will be similar in size and seating layout to Yamaha NMax. The E01 will sport a 4.9 kWh lithium-ion battery that will power an electric motor that will deliver 8.1 kW at 5,000 rpm and 30.2 Nm of torque at 1,950 rpm.

Reports suggest that there will be three charging options for the new electric scooter which will depend on the environment in which the scooter is based with the charging socket being proprietary to Yamaha. A normal charger using a wall charger can be used for domestic purposes, a fast charger will charge the electric scooter in an hour up to 80 per cent and portable using a 110 to 240 Volt AC supply that has been designed to carry with the E01, giving a 14 hour charge time will also be offered.

Meanwhile, Yamaha Motor India has recently showcased a pair of electric scooters in the form of the new Neo's and the E01 to its dealer partners. While this doesn't necessarily guarantee the launch of any of the scooters in the country, it does hint that the company is exploring prospects of battery-powered two-wheelers in the Indian market. (More details here)