Volkswagen in-house battery plant may be good news for India

Volkswagen wants to dominate the global EV game and its latest battery-production facility is touted as a shot in the arm for its bigger battery-powered ambitions.
By : Shubhodeep Chakravarty
| Updated on: 08 Jul 2022, 09:48 AM 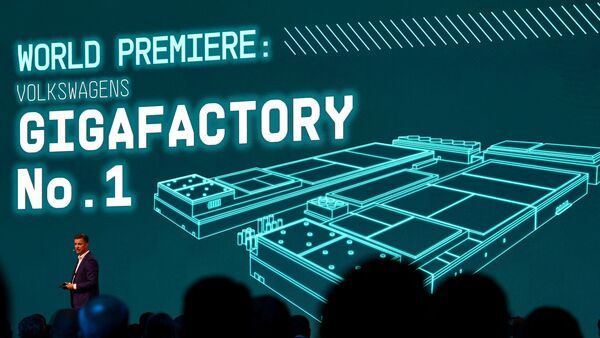 File photo: Member of the Board of Management Volkswagen AG Technology Thomas Schmall speaks during a presentation during a ceremony.

Volkswagen is looking to take the fight in the electric vehicle (EV) space to its American and Chinese rivals with the start of operations of its own in-house battery plant in Germany's Salzgitter from Thursday. This battery plant is considered absolutely crucial in Volkswagen plans of becoming the global leader in manufacturing of EVs by 2025, a title that currently belongs to Tesla. And while India is unlikely to contribute in any significant way to the EV sales numbers, the company has confirmed bringing its ID.4 here in 2023.

Volkswagen is doggedly determined to play not just a larger role in the world of EVs but take pole position. A number of its models led by ID.4 are expected to play a crucial part in taking the company forward as the world transitions towards electric power. But batteries are the heart of an EV and there has been a dependence thus far on outside sources to get a consistent supply. Here is why the plant in Salzgitter could be very significant.

The Salzgitter plant has been rolling out combustion engine for Volkswagen but is now touted to be the main center for in-house battery manufacturing for the new-age Volkswagen EVs. Nearly two billion euros would be invested to develop battery-producing capabilities here up until 2026. The reason? Bring down the dominance of Tesla and Chinese manufacturers. "If Germany and Europe don't want to be left behind by the US and China, we need to focus more on the technologies of the future," CEO Herbert Diess was quoted as saying by the German press.

But how is the Indian EV market looking to gain?

Volkswagen India had previously ruled out any plans of bringing any of its EVs here in the near future. That decision has had a complete re-think with the company confirming ID.4 for an unveil in 2023. Speaking to HT Auto last week, Ashish Gupta, Brad Director at Volkswagen India, explained how the Indian car market is showing solid signs of warming up to EVs. “In the past nine months, the pace of EVs picking up is surprising. Mass electricfication in India where EVs might constitute 8-10% of the market, would come somewhere around 2025-2026," he said while also pointing to how Volkswagen wants to make the most of the emerging opportunity and referring to Audi and Porcsche - both owned by Volkswagen - already introducing their respective EVs in the country.

If Volkswagen is indeed able to ensure a streamlined battery-manufacturing process, it could be a shot in the arm for EV manufacturing for markets across the world, including India.