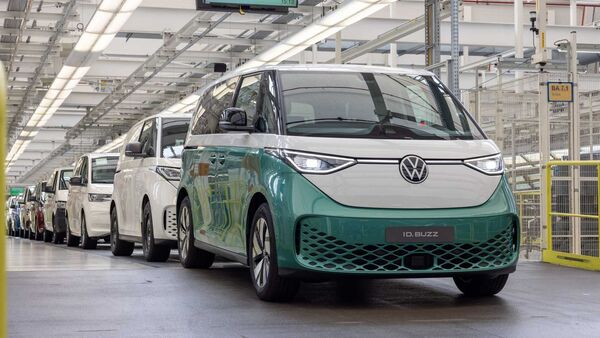 Volkswagen ID models have been getting increasing customer response.

Volkswagen is slowly narrowing the gap between it and Tesla in the electric car market. Volkswagen CEO Herbert Diess has said that the German automaker is in a good position behind Tesla in the global EV market and he also believes that VW can close the gap a little bit in the next months. Volkswagen is also expected to overtake Tesla in terms of electric vehicle sales by 2024, claims a Bloomberg Intelligence study. Interestingly, this revelation comes soon after Tesla CEO Elon Musk's comment that Volkswagen is the second-best electric car brand in his opinion after Tesla.

(Also Read: Ather 450X facelift likely to get bigger battery, range of up to 146 kms: Report)

While the forecast suggests that Volkswagen would be able to beat Tesla in terms of sales volume of EVs, Elon Musk is sceptical about that projection. Musk said that he would not agree with the forecast. He instead praised Chinese carmakers before saying that Tesla is not really worried about other competitors. However, his recent comments on Volkswagen's electrification strategy suggest that Tesla is paying close attention to its German rival.

Tesla delivered more than 936,000 EVs worldwide in 2021. Volkswagen on the other hand sold some 453,000 fully electric cars. This year, Tesla is on track to produce more than 1.5 million electric cars, Musk revealed in April. Volkswagen too is rapidly electrifying its fleet of vehicles and increasing production numbers to keep pace with the rising demand.

The German auto giant has earmarked some $55 billion through 2026 to develop and produce electric cars. This includes setting up a new EV factory in Germany and it also plans to build up to six battery factories across Europe. Over the last few years, Volkswagen has been focusing heavily on electrification. It has launched its dedicated ID division as well, which is responsible for making electric vehicles.