Mahindra Electric has already teased as many as three upcoming EVs for India. The carmaker is gearing up to unveil the first electric vehicle on August 15.
By : HT Auto Desk
| Updated on: 08 Jul 2022, 07:55 AM 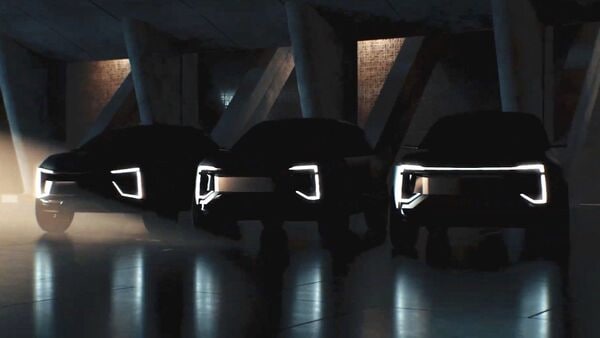 Mahindra and British International Investment have signed a deal to invest ₹1,925 crore each in the carmaker's separate wing to manufacture passenger electric vehicles.

Mahindra and Mahindra has signed an agreement with British International Investment in an effort to increase investment to manufacture its upcoming electric cars for India. The duo will put in ₹1,925 crore each which will help financing the production of Mahindra Electric's upcoming EVs under the Born Electric brand. The deal comes as a fillip for a new ‘EV company’ as the agreement says. Mahindra revealed the details about the tie up in a regulatory filing late on Thursday.

Mahindra Electric has already teased as many as three upcoming EVs for India. The carmaker is gearing up to unveil the first electric vehicle on August 15. Mahindra's new electric vehicles are being developed and designed by the Mahindra Advanced Design Europe (MADE) located in the UK, under the leadership of the automaker's chief designer Pratap Bose.

Anish Shah, MD and CEO at Mahindra and Mahindra, said, "We are extremely delighted to have BII as a partner in our SUV electric journey. In BII, we have found a like-minded long-term partner who is committed to combating the climate emergency. Mahindra has been a pioneer in the electric vehicles space, and we are confident we will be the leaders in the electric SUV market in the future."

Rajesh Jejurikar, Executive Director of Auto and Farm Sectors at Mahindra and Mahindra, said, “Mahindra has very exciting plans to be a leader in the electric SUV space. We would share our vision that includes our comprehensive product technology, and platform strategy at the UK event on August 15, followed by a reveal of the electric XUV400 in September." Jejurikar also said that the carmaker aims to have at least two to three SUVs among 10 to be electric by 2027.

Mahindra has already teased its upcoming electric SUV which will be unveiled next month. While the automaker has not revealed the name of the upcoming car that has been teased online, it is believed that it is the premium SUV XUV900. Expect the production model to hit the market sometime in 2023 or 2024.

Earlier, the automaker had teased its range of electric SUVs. The first to come out of the Mahindra's stable would be the XUV400, which would compete with rivals like Tata Nexon EV, MG ZS EV and Hyundai Kona EV upon launch. The all-electric iteration of XUV300 will arrive as part of the automaker's committed seven electric SUV fleet under the Born Electric range.