Skoda claims its Ukrainian partner has restarted production of wire harnesses, which will help the auto company to resume Enyaq iV production within a few weeks.
By : HT Auto Desk
| Updated on: 23 Mar 2022, 07:41 PM 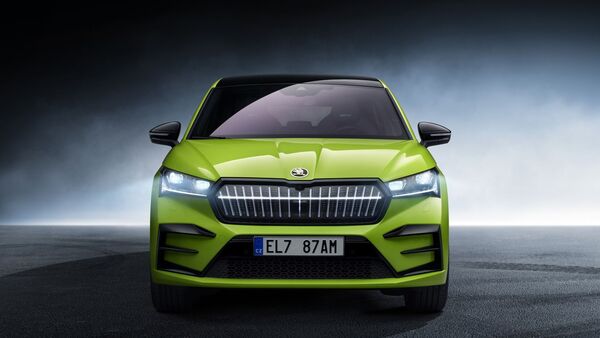 The Skoda Enyaq Coupe RS iV is the first Racing Sports model from the brand to get an electric powertrain.

Volkswagen owned Skoda Auto has said that it is hopeful about restarting production of its electric vehicle Enyaq iV within one or two weeks. The Czech automaker claims that its Ukrainian partner is making wire harnesses again, which would assist the company to resume the production of the Enyaq iV EV.

Karsten Schnake, Skoda's board member for purchasing, revealed the information during its online 2021 earnings presentation. "Hopefully we can restart production of Enyaq one or two weeks later when we have wire harnesses," Schnake said. "Our partner...in Ukraine decided to restart production of wire harnesses this week, with full service and full security for workers there," Schnake further added.

The Russian invasion of Ukraine has added a severe supply chain problem for the global auto industry. As both Russia and Ukraine play crucial roles in the supply chain for the automakers, especially for the European auto industry, the supply chain bottlenecks created by the war has been impacting vehicle production. Russia is a key supplier of several key raw materials, while Ukraine is a major supplier of neon gas that is used in making semiconductors. Also, Ukraine is a major producer and supplier of wire harnesses, which form a key part of a car's electrical system, which group and guide cables inside the vehicle.

With the break in deliveries of wire harnesses from the war-torn country, the automakers have been facing difficulties. Skoda was forced to stop production of the Enyaq iV electric car because of this reason.

Skoda delivered 878,200 cars around the world in 2021, the first time that this had fallen below the one million mark since 2013. However, despite this, Skoda's sales revenue increased 3.9 per cent to $19.5 billion in 2021 and operating profit grew 43.2 per cent to 1.1 billion euros, as the company has undertaken several cost measures.