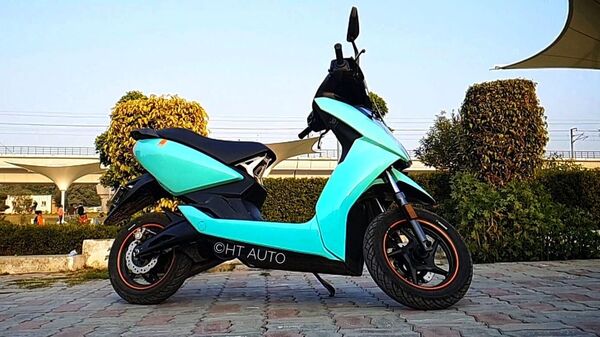 The Ather 450X has become a common sight in many Indian cities and is often credited as a mature electric offering with decent performance and ride-handling credentials. Ather Energy has come a long way from being a Bengaluru-based startup to a formidable player in the market with a nearly pan-India presence but one chink in its armour has been the real-world range offered by its 450X which is still well under the three-digit mark. It is perhaps because of this that the updated Ather 450X - scheduled for a launch on July 11 - has caught the attention of potential buyers and EV enthusiasts.

The updated Ather 450X is expected to pack in a bigger 3.66 kWh lithium-ion battery compared to the 2.9 kwh battery pack on the current model. This could well take the per-charge, real-world range of the electric scooter to around 146 kms. Obviously, a wide range of factors influence the eventual range that any EV can offer but the potential bump up in mileage of the model.

While the field is full of several key players offering capable electric scooters, the main rival to the Ather 450X has mostly often been the Ola S1 Pro. The Ola S1 Pro has a real-world range of around 130 kms, a figure which may further increase under ideal riding conditions. And in this regard alone, the Ola model has had an ace up its proverbial sleeve. This has been possible because it used a 3.97 kWh lithium ion battery. But with Ather now looking at upping its game, it could make for a solid contest.

Both the Ather 450X and Ola S1 Pro have their unique USPs but with the former now possibly offering a bigger battery for a longer range, it could be about fine margins with individual preference deciding the final outcome for each buyer.