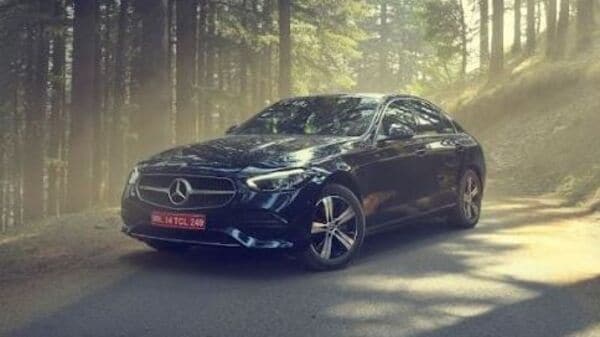 Mercedes-Benz C-Class is one of the bestselling model from the brand.

Mercedes-Benz plans to bring an EQ badged equivalent of the C-Class sedan that will target the Tesla Model 3, BMW i4 and Polestar 2 upon launch. The Ev equivalent of the popular C-Class sedan would debut as the EQC sedan, which would borrow technologies from the EQXX concept. This will come as part of the German luxury car brand's growing portfolio of EQ models, claims a report by Autocar UK.

The report also claims that this smaller electric sedan in the EQ portfolio will not be underpinned by the EVA platform that underpins the EQE and EQS sedans and SUVs. Also, it is unlikely to be underpinned by the MRA II architecture from the ICE powered C-Class as well. Instead, it would be based on the upcoming Mercedes-Benz Modular Architecture (MMA), which is slated to debut in 2024.

Mercedes-Benz has already hinted that this MMA platform will underpin the entry-level luxury compact cars from the brand. Also, it has the capability to underpin the midsize models as well. Mercedes-Benz CEO Ola Kallenius said that the MMA will be compatible with ICE-powered vehicles. However, he described this platform for electric vehicles first hinting that BEVs are a priority for the automaker.

Mercedes-Benz C-Class is one of the bestselling models from the brand alongside its E-Class. Besides the sedan, the C-Class is also available in estate and all-terrain body styles. It is not sure, what would be the body style of the upcoming EQ badged equivalent of the car. However, expect it to come in a sedan guise.

Speaking about the Mercedes-Benz Vision EQXX concept, which is likely to inspire the technology onboard the upcoming EQ badged C-Class equivalent, it was unveiled in 2021. The EQXX was showcased as a fully functional electric car with plush luxury onboard. The automaker has said that it was never intended for production, but the technology will make its way into future production models of the brand.