Mahindra XUV400 EV uses the same platform as XUV300 but could be longer.

Mahindra has released a new teaser of the XUV400 EV ahead of the electric SUVs launch. The homegrown manufacturer has already revealed that the XUV400 EV will be unveiled on September 8th. This will be the first electric SUV from Mahindra. It will be going against the Tata Nexon EV which is currently the best-selling electric vehicle in the Indian market.

The teaser does not show much. The headlamp unit in the teaser seems similar to the one found on the XUV300 compact SUV. It has a halogen projector setup along with L-shaped LED Daytime Running Lamps. The DRLs located in the front bumper are no longer there. The XUV400 EV will boast Mahindra's new twins-peak logo. It seems like the tail lamps are slightly redesigned. They are still LED units. 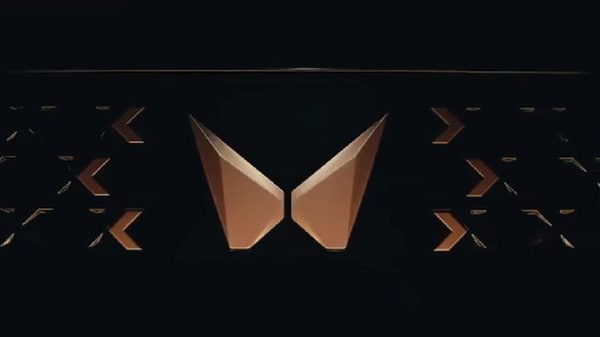 Mahindra XUV400 will boast a twins-peak logo and a new grille design.

The previous teaser revealed that the charging port will be placed on the front left fender. The XUV400 EV will support regular home charging as well as some kind of fast charging. Mahindra is using a new front grille for the XUV400 EV that has ‘X’ elements. The grille now does not let any air under the bonnet because there is no engine behind it.

The charging times, battery capacity and driving range are not yet known. However, as per media reports, Mahindra will offer two battery sizes with the XUV400 EV. Tata Motors is following the same policy with the Nexon EV Prime and Nexon EV Max.

Mahindra has renamed the eXUV300 to XUV400 because the electric SUV will be larger than the XUV300. The XUV400 EV will measure around 4.2-metres in length, Mahindra has decided to increase the size of the SUV because the government does not offer any excise benefits to sub-4 metre electric vehicles. So, Mahindra decided to take full advantage of the platform and spawn a 4.2-metre electric SUV. This makes the