Ford Mustang Mach-E allegedly comes with a faulty contactor that overheats and results in loss of power for the EV.
By : HT Auto Desk
| Updated on: 12 Jul 2022, 14:54 PM 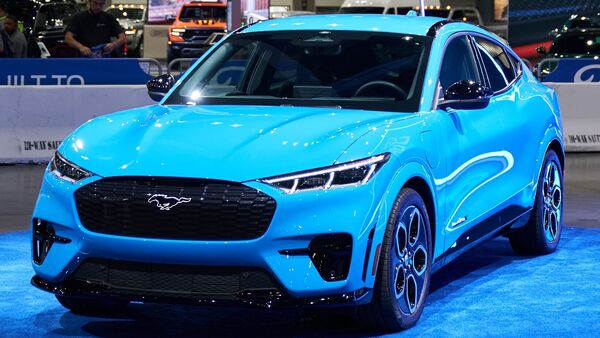 Three Ford Mustang Mach-E owners have filed a lawsuit against the US auto major over an unresolved safety issue that leaves the electric SUV dead on its track. The three Ford Mustang Mach-E owners have alleged in their lawsuit that a battery connector gets overheated, which results in failure of the connector and the affected vehicle can become completely immobilized. They also alleged that Ford is not giving the required attention to this issue.

(Also Read: Honda Civic Type R teased ahead of debut on July 20, gets a bolder fascia)

Detroit Free Press has reported that despite a recall meant to address the problem, Ford doesn’t actually have a solution at this point. The automaker reportedly said that the uniformly designed defective high voltage battery main contactor could overheat, thereby immobilizing the vehicle or making it lose power during operation. The automaker also said that the connectors on these vehicles are prone to fail during ordinary and foreseeable driving situations.

Previously, Ford issued a recall in June 2022 over the contactor issue where it said that both Direct Current (DC) fast charging as well as repeated wide-open pedal events could cause it to overheat. It further said that when the contactor gets overheated, it could end up remaining open or even weld itself closed. Either way, the Ford Mustang Mach-E loses propulsion power.

The car brand said at the time that an over-the-air (OTA) update could fix the problem. However, the lawsuit indicates that rather than offering an OTA update to resolve the overheating issue, Ford should replace the part altogether. The lawsuit filing specifically says that if Ford is simply cutting power through the OTA software update, recharge times will be much slower and acceleration times will be longer.