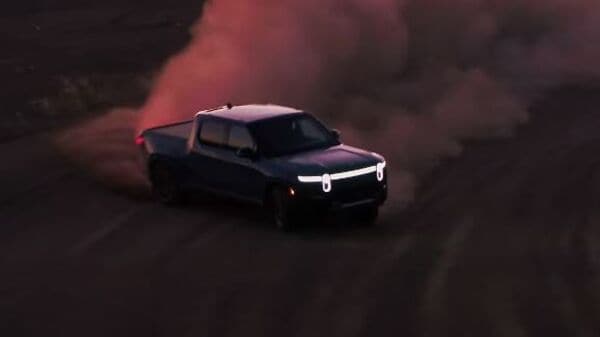 Only one Rivian electric vehicle was damaged due to the fire incident.

A Rivian electric vehicle reportedly caught fire inside the EV manufacturer's plant in Illinois of US on Friday night. The fire resulted in a temporary evacuation of the EV production facility and local firefighters rushed in to put out the fire and get the smoke out of the plant.

The Pantagraph reports that a Rivian electric vehicle was on fire while it was up on a lift and the factory's fire suppression sprinkler system was showering it from above. The crew reportedly connected its hoses to the plant's internal standpipe system and doused the fire. The report also claims that Normal Fire Department and Bloomington Fire Department were called to help extinguish the fire. This was due to the EV plant's sheer size.

The report further says that due to the factory's sprinkler system, the fire wasn't able to spread elsewhere. Also, no other vehicles were damaged due to the fire and no one was hurt as well. The reason for the fire is still unknown but the local authorities are currently investigating the incident.

This is not the first time a fire incident took place at the Rivian EV plant. Earlier in October last year, a small battery fire broke out in an automated battery sub-assembly area. That time, the first was quickly extinguished and there were no injuries reported. Damage to the factory was also minimal.

The EV maker's acquisition of a near production-ready facility instead of building a new manufacturing plant was similar to how Tesla acquired the NUMMI plant in California.