Tesla factories in Austin and Berlin are far from working at full potential with Elon Musk referring to both as gigantic money furnaces
By : HT Auto Desk
| Updated on: 23 Jun 2022, 08:58 AM 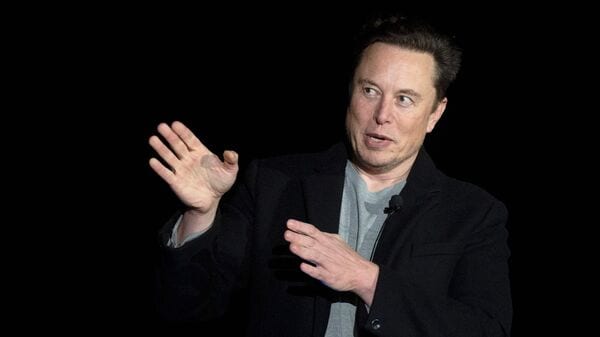 Zip, zap, boom? Tesla CEO Elon Musk has been focused on increasing factory output but the task at hand isn't quite too easy.

The Tesla Gigafactory located in Austin is the company's largest and is now also the new headquarter of the electric vehicle (EV) manufacturing company. The facility in Berlin is also new and reportedly produces around 4,000 units a month. Both facilities are a key part in Tesla's stated ambition of rolling out 1.5 million units in 2022. The target figure, if achieved, could be a massive shot in the arm for the US-based EV giant but it seems that all is not well in the rush towards that figure. "Both Berlin and Austin factories are gigantic money furnaces right now. Okay? It's really like a giant roaring sound, which is the sound of money on fire," Musk said in an interview to Tesla Owners of Silicon Valley.

Musk has especially highlighted how the Texas Gigafactory is unable to work at its full potential because of battery shortage woes. He also pointed to some of the batteries stuck at a Chinese port. "This is all going to get fixed real fast, but it requires a lot of attention," he said.

While part shortages has emerged as a major roadblock for global automotive manufacturers, Tesla may have taken a bigger hit than most others. "The past two years have been an absolute nightmare of supply chain interruptions, one thing after another, and we're not out of it yet," said Musk, the world's wealthiest person at this point in time. He has also confirmed that Tesla will cut 10  per cent of its salaried workforce over the coming three months. Worldwide hiring has also been paused for the moment.