The study also points out that while the increasing fuel prices are helping the demands for electric vehicles to grow, actual purchases still lag.
By : HT Auto Desk
| Updated on: 03 Apr 2022, 05:52 PM 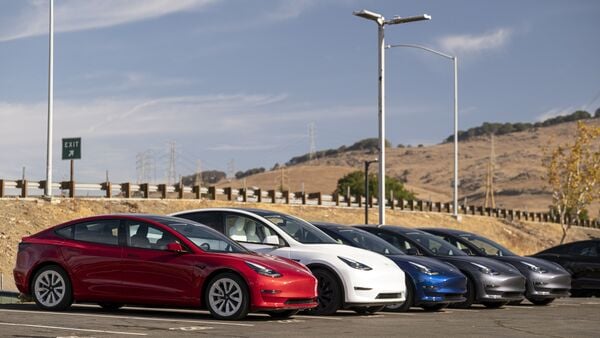 Demands for electric vehicles are surpassing the supply of EVs in the market, reveals a study by cars.com. The study has found that searches for all-electric vehicles have increased by 173 per cent in just one month. The study covered the growth between February 24 and March 25 this year. It also says that despite the automakers shifting their focus on EVs, the rate of customer demand might be rising faster.

(Also read: Tata Motors set to reveal its next EV on April 6: What we know so far)

While consumers are increasingly showing their interest in purchasing electric vehicles, several hurdles are creating bottlenecks for the EV industry to grow to keep pace with the demands. These factors include rising fuel prices and supply chain disruption due to the ongoing war between Russia and Ukraine.

The study also points out that while the increasing fuel prices are helping the demands for electric vehicles to grow, actual purchases still lag due to the extremely limited supply and several barriers to entry, with EVs constituting less than one per cent of vehicles on the road.

Th study points out that automakers need to ramp up their production of electric vehicles. However, until the supply chain shortages level out, the extreme lack of available electronic vehicles can't keep up with the growing demand in the current market.

The study also said that as several automakers have lined up a wide range of electric vehicles for launch by 2025, it is expected to improve the situation further in the coming days.