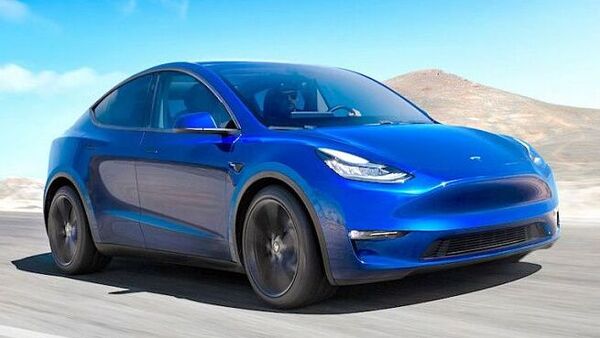 Tesla Model Y is one of the bestselling EVs in China.

China is in talks with automakers about extending subsidies for electric vehicles (EV) that were set to expire in 2022, reports Reuters. The report claims that China is aiming to push the market growth as the broader economy slows. The development comes at a time when the world's second-largest economy is witnessing a decline in its car sales. The report claims that government departments including the Ministry of Information and Industrial Technology (MIIT) are considering a continuation of subsidies to electric vehicle buyers in 2023.

(Also Read: Tesla Model Y battery pack can be removed in 143 steps and replaced in 314 steps)

China created one of the largest and most expensive incentive programs for electric vehicles, which resulted in the country becoming the world's largest EV market. The subsidy program started in 2009 and since then around $14.8 billion has been handed out to the buyers, up to the end of 2021. Now, with the subsidy program about to stop, EV sales in the country are declining, which prompted the Chinese government to rethink the strategy and mull the idea of extending the program further.

The subsidies for electric vehicles are offered for not only EVs made by Chinese auto companies but to other non-Chinese players as well. This is one of the key reasons why Tesla has witnessed massive growth in the country. Previously, the EV subsidy scheme was scheduled to be phased out by the end of 2020, but China extended it for two years to spur demand in the wake of the Covid-19 pandemic.

The incentives for buying EVs have stoked purchases of cars with a longer driving range. In the Chinese EV market, smaller battery-powered city cars make up 40 per cent of EV sales. However, these EVs are not under the ambit of the subsidy program. The EV subsidies are now targeted at bigger models, with a driving range of more than 300 kilometres per charge and priced under $44,459.