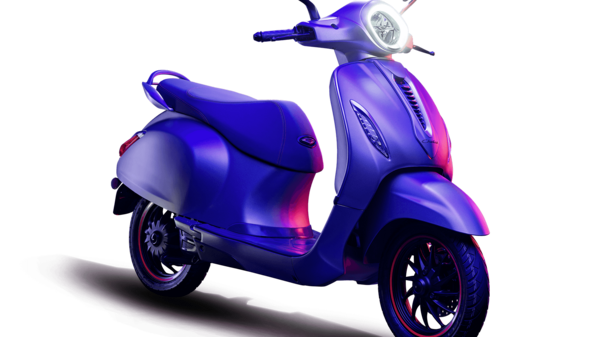 Bajaj Chetak electric scooter has crossed the 5,000 unit sales milestone in the state of Maharashtra. The Pune-based two-wheeler giant sells its electric scooter in five cities in Maharashtra including Aurangabad, Mumbai, Nagpur, Nashik, and Pune. Meanwhile, the scooter is also available for purchase in several other Indian states such as Andhra Pradesh, Delhi, Goa, Daman and Diu, Gujarat, Karnataka, Kerala, Tamil Nadu, Telangana, and West Bengal.

Earlier this year, the two-wheeler maker made announcement of 12 new Indian cities to the list where the scooter was recently put on sale. The list includes cities such as Coimbatore, Madurai, Kochi, Kozhikode, Hubli, Visakhapatnam, Nashik, Vasai, Surat, Delhi, Mumbai and Mapusa.

The Bajaj Chetak has been made available for purchase in Urbane and Premium variants, both the Chetak trims remain mechanically similar sourcing power from the same 3.8kW motor which in return is juiced up from a non-removable 3kWh IP67 lithium-ion battery pack. Since the majority of other electric scooters now feature swappable/removable battery tech, Chetak is yet to come up with this tech.

The Chetak maker last year announced a fresh investment of ₹ 300 Cr to ramp up its electric vehicle production capacity as well. “Chetak’s success has been built on the quality of a thoroughly tested, dependable product. An on-ground network of sales and service reduces the anxiety of a customer venturing into an unfamiliar category such as electric scooters. Our plan is to double Chetak's network in the coming few weeks to accommodate the high demand," said Rakesh Sharma, Executive Director, Bajaj Auto.