Audi to focus only on electric cars in India from 2033

Audi has already launched four electric cars in India which include the e-tron and e-tron Sportback along with the GT and RS GT versions.
By : HT Auto Desk
| Updated on: 26 Jul 2022, 16:36 PM 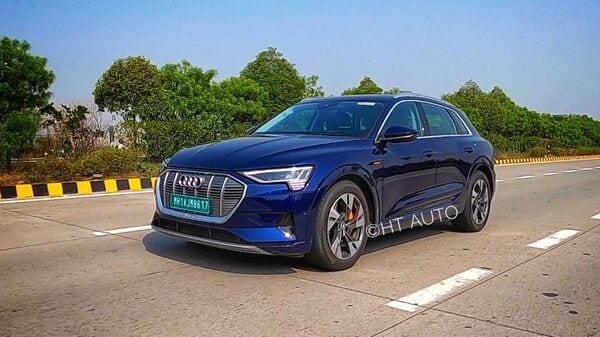 Audi e-tron is among the first electric vehicles launched by the German carmaker in India.. (HT Auto/Sabyasachi Dasgupta)

Audi will shift its focus completely to electric cars in India in the next decade. The German luxury carmaker made the announcement today, saying it will be focusing only on EVs by 2033. The German auto giant plans to stop making cars running on international combustion engines. Audi India, which has already forayed into the EV business in the country, has the most number of electric cars on offer in domestic market compared to its luxury carmaker rivals.

Balbir Singh Dhillon, Head of Audi India, has said that the German auto giant will phase out all the ICE models currently available by 2032, before making a definite shift towards electric vehicles.

Earlier, Audi had announced that it aims to have 15 per cent of its sales to be electric vehicles globally in the next three years. Dhillon had said, "By 2026 onwards, all new generation cars will be electric. If we get reasonable volumes, we can start assembly of EVs in India only."

Dhillon said Audi is taking utmost care about safety of EV batteries amid several EV fire incidents across India. The Centre has recently issued notices EV manufacturers whose vehicles were reported have exploded due to faulty batteries. At Audi, all components for the battery are brought individually and assembled at its facilities by trained professionals, clarified Dhillon.

On the back of its EV launch spree last year, Audi India reported a massive 101 per cent jump sales in 2021. The increase in sales is compared to the previous year. Even during the first six months of this year Audi has witnessed a jump of 49 per cent in sales.