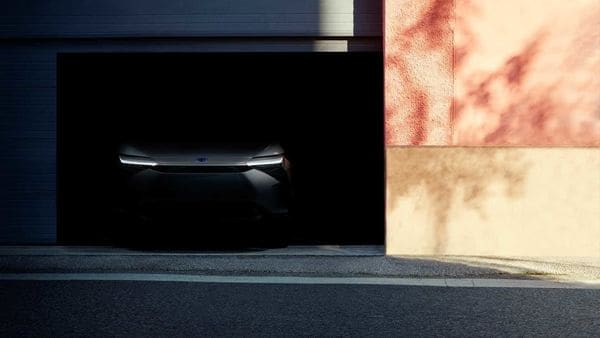 Toyota BZ4X will be based on the e-TNGA platform.

Toyota is ready to unveil its all-new electric crossover BZ4X at the upcoming Shanghai Auto Show on April 19. The Beyond Zero program of the Japanese automaker will be dedicated for the new generation of electric vehicles that will come with BZ badge. BZ4X will be the first car from this segment.

(Also Read: This Toyota electric SUV is ready to debut on April 19 at Shanghai Auto Show)

The French magazine L’Argus has confirmed the name of the crossover. The other battery electric vehicles from the brand will be christened as BZ1, BZ2, BZ2X, BZ3, BZ4, and BZ5, according to the publication.

In the nomenclature BZ4X, the BZ refers to Beyond Zero and the X refers to the crossover. The 4 refers to the size of the upcoming vehicle. The BZ4X 9is expected to be equivalent to the Toyota RAV4.

Toyota will bring a total of six battery electric vehicles under its Beyond Zero program. The BZ1 model will be a small car. As the automaker teased the concept versions of these cars, the crossovers could be the ones with plastic cladding on fenders. The BZ4X and the BZ2X are the two crossovers.

The BZ2 and BZ3 would be the vans from the Japanese car brand, while the BZ4 would be the low-sitting vehicle. All these six electric vehicles are expected to come with solid-state batteries onboard. Also, these vehicles will be based on the e-TNGA platform, which has been dedicatedly built for the electric vehicles.

As the governments across the world are banning the internal combustion engine powered vehicles, the automakers are shifting their focus on zero-emission electric vehicles. Toyota aims to grab a solid chunk in the growing EV market.

Toyota has already joined hands with Suzuki in the global level to produce electric powertrains and electric vehicles. The upcoming six electric vehicles would be part of that agreement and likely to be developed in collaboration between Toyota, Suzuki and Daihatsu.