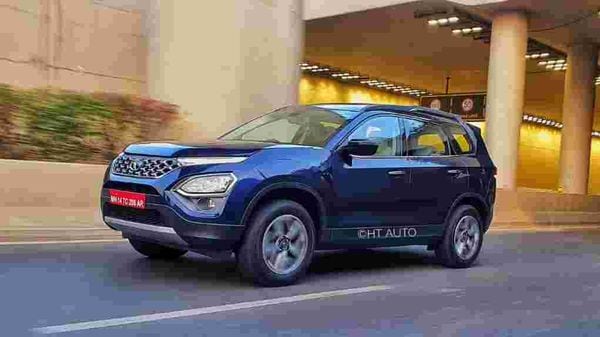 Bookings for Tata Safari were officially opened on Thursday and start at ₹30,000. Tata Motors has confirmed that Safari will be launched on February 22 and that deliveries of the seven-seat SUV will begin from the same day.

The new Safari from Tata Motors seeks to build on the lineage of the iconic Safari from yesteryears even though it is essentially a three-row version of the Harrier. Seat configuration can be selected between either six (with captain's seats in the middle row) or seven with the vehicle aspiring to be the car of choice for those with larger families.

There is much on and inside the new Safari that is similar to the Harrier, the tri-arrow pattern bold grille on the face and the 8.8-inch infotainment system and dashboard layout in the cabin for instance. But there are also ways Safari seeks to differentiate itself from its technical cousin. It is the first Tata car to get Electric Parking Brake function and also gets a new colour treatment for the seats.

Powering the SUV is a 2.0-litre turbocharged diesel engine which churns out 170 PS and has 350 Nm of peak torque.

Even the base XE variant is equipped with dual airbags, all-disc brakers, ESP with Hill Hold and roll-over mitigation system. The XM and variants above it get multi-drive modes and touchscreen music system. iRA connectivity, R18-alloy wheels, auto climate control and panoramic sunroof are some of the highlights on the XT variant. The top XZ variant further gets xenon HID projector headlamps, terrain response modes, six airbags, 8.8-inch touchscreen infotainment with nine JBL speakers and a subwoofer and powered driver seat.

Tata is claiming that the intial response to the Safari has been positive and that it is confident the SUV will appeal to a large section of SUV buyers. "Starting today,Safari is available for display, test drive and bookings across our network. We are confident that the Safari will instill a feeling of power, prestige and excitement to our customers," said Shailesh Chandra, President, Passenger Vehicles Business Unit, Tata Motors.

The new Safari may be priced between ₹15 lakh and ₹20 lakh (ex showroom) once officially launched.