Renault Morphoz is an electric crossover that can stretch and squeeze

The Renault Morphoz concept can be extended by 40 cm to gain space and accommodate a larger battery pack.
By : Sabyasachi Dasgupta
| Updated on: 02 Mar 2020, 05:43 PM 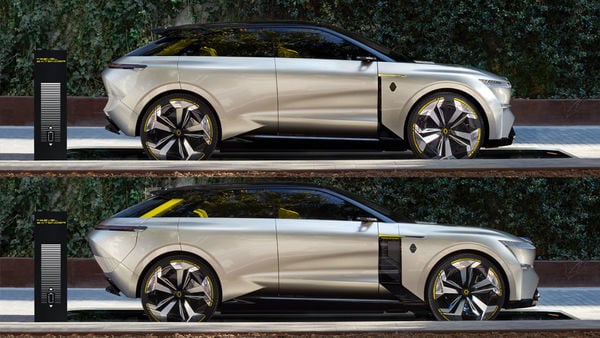 Car buyers are often in a fix about the perfect size of the vehicles they want to buy. Electric car buyers are in a bigger fix over range anxieties. All that could find an answer in the new concept vehicle presented by Renault - the Morphoz.

Renault Morphoz is a modular electric car that is able to lengthen to make room for a second battery and go from 400 km to 700 km of autonomy. The car was initially slated for unveiling at the now-cancelled Geneva Motor Show.

This is how the car can expand itself: The Morphoz is capable to expand its chassis both front and rear. In this way, it goes from having a length of 4.40 meters to 4.80 meters, an extra forty centimeters in which there is a second battery that almost doubles its initial range.

Are you ready to #ExpandYourViews✨?
Bold in its modularity, innovative in its design & human centric through its ability to share Renault #MORPHOZ is a truly electric living experience.
Expand your limits right here ⬇️https://t.co/X7KTgOFd5y pic.twitter.com/WH8Q5Mt4ez

In the contracted form the Renault Morphoz measures 4.40 meters in length with a wheelbase of 2.73 meters. It is powered by a 40 kWh battery sufficient for daily journeys. When the time comes to go on longer road trips, which is called the ‘Travel’ mode, the prototype sees its body slide to reach 4.80 meters in length. The wheelbase changes to 2.93 meters, which leaves room for 50 additional kWh (90 kWh in total) battery. Renault explains that the transformation and grafting of the additional pack will take place in a "dedicated station". 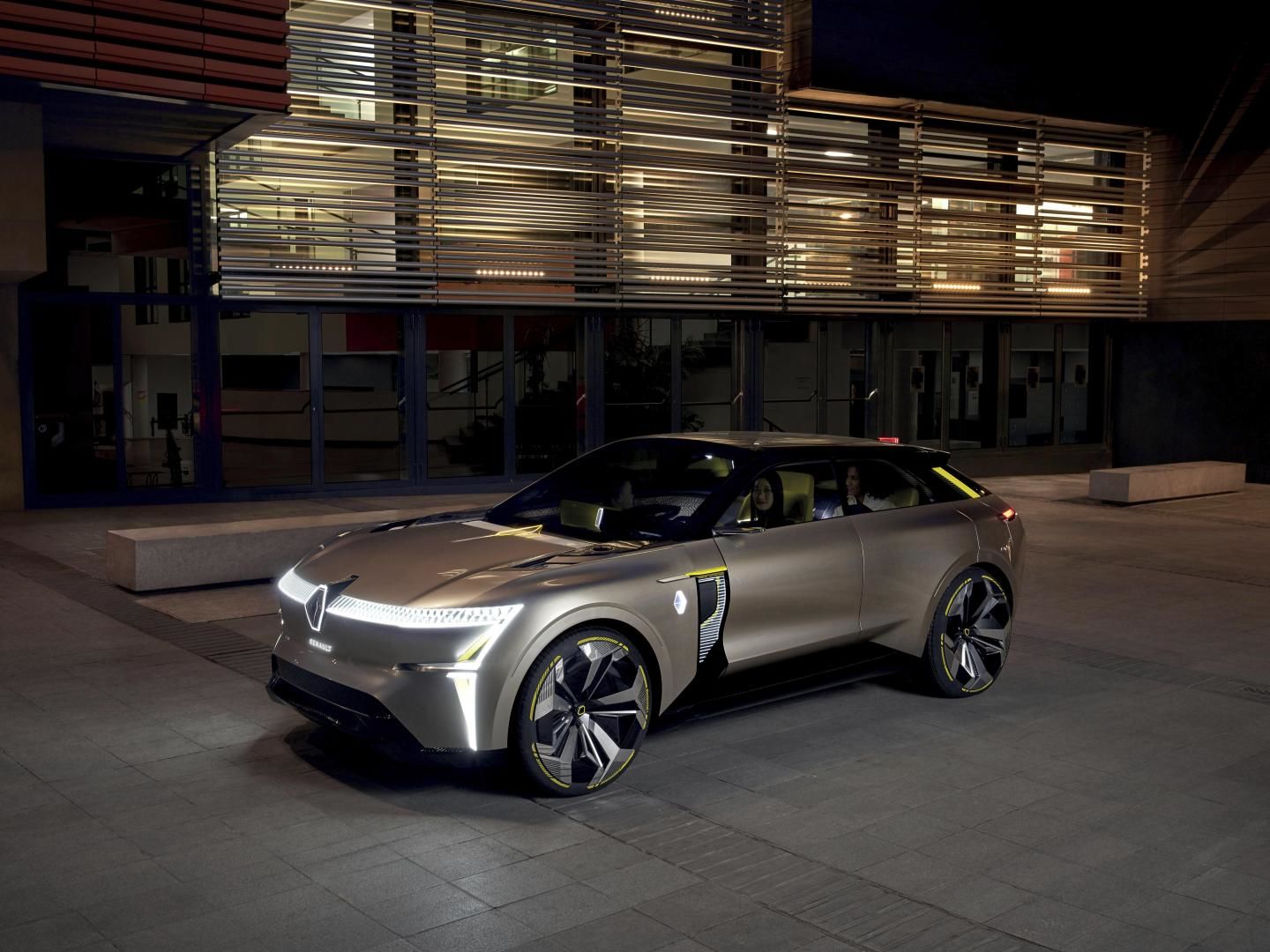 In ‘Travel’ mode, in addition to having a better range (700 km instead of 400 km), passengers also get more leg room, as well as space for two additional pieces of luggage. The company said, “This futuristic vehicle represents Renault's vision of personal and shareable electric mobility by 2025."

Inside the Renault Morphoz the driver will be able to lay his hands on a futuristic steering wheel which incorporates a 10.2 inch (26 cm) screen. Behind the wheels is the dashboard which is formed by a huge retractable screen. This configuration change is possible both in manual driving and in autonomous mode. Because the Morphoz has a level 3 autonomous driving system.

The front passenger seat has a sophisticated swivel mechanism, what Renault calls the ‘Sharing’ mode. The four seats are independent and separated by an imposing console. The bright yellow seating furniture is suspended from the central console and surrounds the seated person like comfortable armchairs. 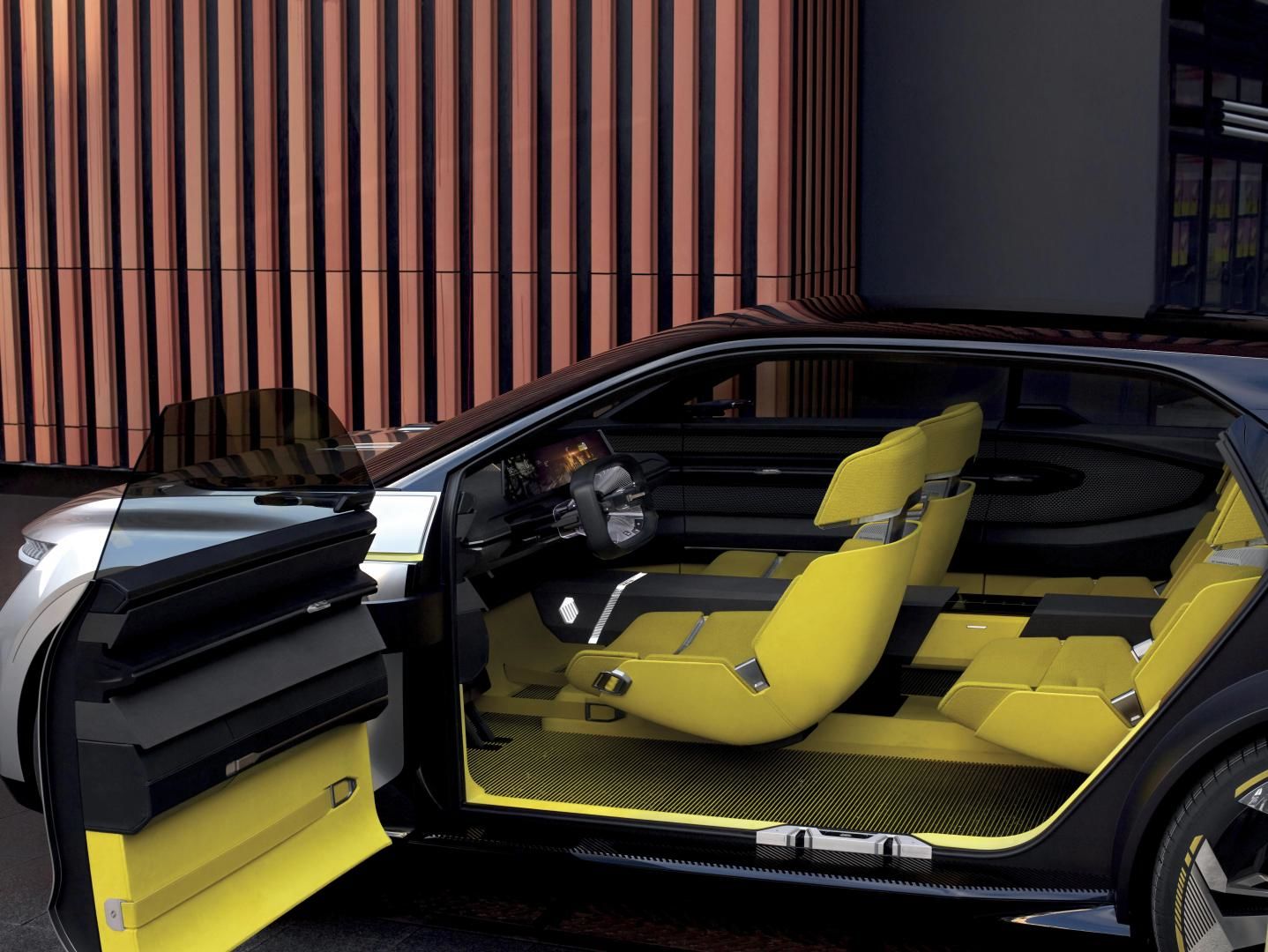 There are also no displays in the cockpit. One press of a button is enough and a L-shaped, fully digital panel with high-resolution O LED display appears for trip information, navigation and on-board entertainment slide out of the front cockpit wall. The driver can use the screen panel in any driving mode, regardless of whether he is driving himself or is traveling in automated mode.

The Morphoz is characterised by the extensive use of artificial intelligence. The vehicle uses a number of sensors to recognise the driver when approaching. A light sequence on the doors signals the correct identification to the driver, who then only has to wave to unlock the doors, move the seat to the appropriate position and activate the preferred lighting mood in the interior. Also convenient: the driver can control the various vehicle functions via touchscreen, voice command or hand gestures.

The elongated centre console represents the ‘brain’ of the vehicle. A special holder between the front seats holds the driver's smartphone, which serves as an important data source, provided the owner has authorisation. In addition, the artificial intelligence processes data and images from the sensors and cameras facing outwards in real time. Light signals on the interior door panels indicate pedestrians or warn when a cyclist is in the blind spot.