The official Renault India webpage now only hosts three cars including Kwid, Triber, and Kiger, but no Duster.
By : HT Auto Desk
| Updated on: 05 Apr 2022, 05:47 PM 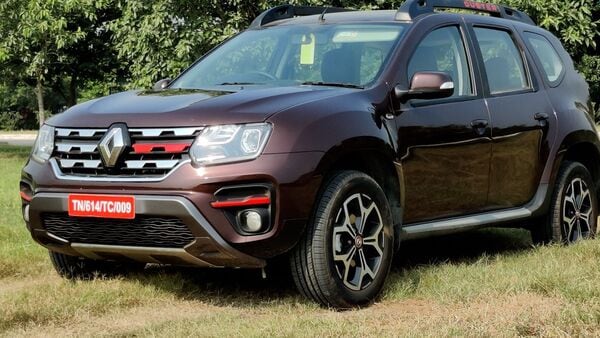 Renault India has removed the popular Duster SUV from its official website indicating that the vehicle might go off the shelves soon. The company might also seize the production of the SUV for the Indian market. However, there has been no official communication from the company's side over this development. The official Renault India webpage now only hosts three cars including Kwid, Triber, and Kiger.

The Duster made its official debut in the Indian market almost 10 years back and was once a popular choice in the segment. It has been a favorite pick for the off-road enthusiasts for its adventure credibility and muscular looks. However, given the stiffing competition, the demand for the Duster have continued to tumble especially in the recent few years. The segment saw the entry of various new compact SUVs such as Kia Seltos, Jeep Compass and Tata Harrier, this also seemed to have affected the demand for Renault's competitor in the segment.

Renault offers Duster with two powertrain options including 1.5-litre petrol and the 1.3-litre turbo petrol. While the former delivers 105bhp and 142Nm, the latter pushes out 154bhp and 254Nm of peak torque. The transmission option includes a five-speed manual, six-speed manual and a CVT unit.

However, there is also a new-generation of Duster which is reportedly under development. This SUV is largely targeted towards the international markets and might also make way to the Indian market but nothing is official confirmed as of yet. If reports are true, Renault will be have a stronger case for Duster against the newer competitors.